Few moments ago Microsoft has stepped on to the stage at Mobile World Congress in Barcelona and Microsoft’s Devices chief Stephen Elop has announced Lumia 640, however this device has been accidentally leaked by Microsoft itself but now its officially launched. Microsoft Lumia 640 is an entry level smartphone which do comes with some nice features and specs like there is an LTE variant of it as well. 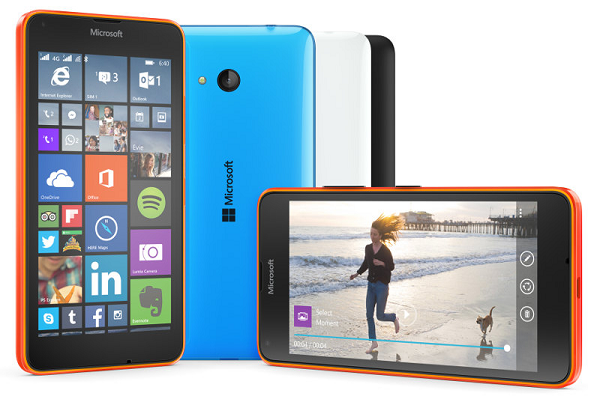 If we talk about specs then Microsoft Lumia 640 flaunts an 5-inch HD display screen, under the hood it is powered by a quad-core Snapdragon 400 processor clocked at 1.2GHz along with 1GB of RAM and got 8GB of internal storag which can be further expandable 128GB via a microSD card slot and Microsoft is also giving away 1TB of OneDrive storage as well.

As per the photography front it has got an 8MP auto focus rear camera with LED flash along with a 1-megapixel front-facing snapper, for connectivity it has got Dual SIM, 4G LTE / 3G, WiFi 802.11 b/g/n, NFC, Bluetooth 4.0, GPS / aGPS, 3.5mm audio jack, FM Radio and Micro USB.

As per the software front, the Lumia 640 runs on Windows Phone 8.1 with Denim update but company has promised for Windows 10 update.