Today, Lenovo has launched the second generation of Phab smartphone in India, the Lenovo Phab 2 Plus in India which was announced couple of months back at Lenovo Tech World along with the Moto Z series by the company. Lenovo Phab 2 Plus will be available in gunmetal gray, and champagne gold colors exclusively on Amazon in India priced at just Rs. 14999, which is lesser than the international price. 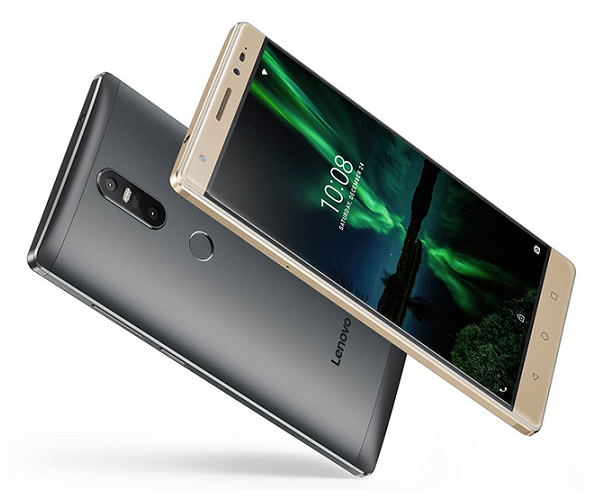 When it comes to specs, you will find metal unibody design here, it flaunts a massive 6.4-inch FHD 1080p display covered in 2.5D curved glass, under the hood, it is powered by octa-core MediaTek MT8783 processor along with 3GB RAM and comes with 32GB onboard storage.

When it comes to camera front which is also the highlight of this device, highlight of the device, you have dual 13MP rear cameras which can be used for refocusing images after they have been taken, adding augmented reality fun, and lot more, it also features hybrid autofocus with both laser and phase detection present for fast focus and taking great action shots, at front you have you also have an 8MP camera for selfies.

At rear you will find a fingerprint scanner just below camera module, for connectivity, you have dual-SIM 4G VoLTE support, dual-band WiFi, Bluetooth, GPS and FM Radio, it houses a massive 4050 mAh battery, all thanks to massive build and battery, brings the weight of the phone to 218 grams.

It comes with Dolby Audio Capture 5.1 that embeds 360° sound in video recordings to add a special touch to every audio-visual experience. When it comes to software front, it runs on Android 6.0 wrapped under companies own UI.

Transfer Contacts Between iOS, Android And Windows Phone With PhoneSwappr