Hyve Mobile, a new smartphone startup company in India which has set their foot couple of months back in Indian smartphone market by launching two smartphones which failed badly to impress us, or I should say to anyone. Today, company has launched their flagship smartphone, the Hyve Pryme which comes with some good specs, but does specs are all to impress us, let’s see. 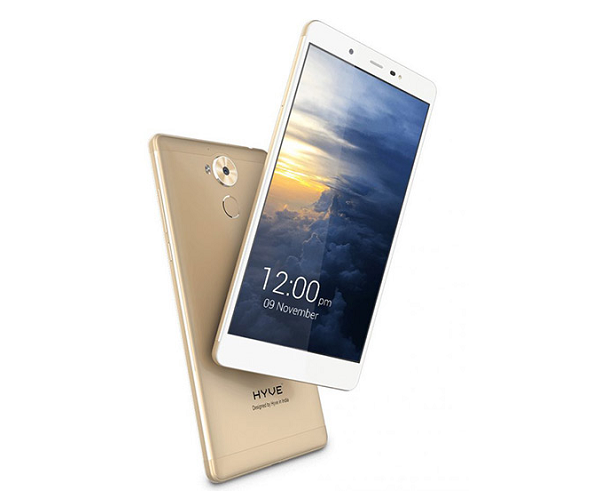 When it comes to specs, the Hyve Pryme flaunts a 5.7-inch full HD display which is covered in 2.5D glass, under the hood it comes with flagship processor from MediaTek, the Helio X20 clocked at 2.3GHz, which is a deca-core processor and we have seen the same processor on Zopo Speed 8 and Infocus Epic 1, both devices failed to do anything out of box in Indian market.

It also comes with 4Gigs of RAM which is becoming standard on flagship smartphones, and you will get 32GB internal storage which can be expandable with hybrid microSD card slot and Mali-T880MP4 GPU.

For connectivity, you will get support for Dual-SIM 4G VoLTE, WiFi, Bluetooth, GPS, it houses a 3500mAh battery, and there is fingerprint sensor at the rear, just below camera module.

When it comes to the camera front, it features a 13MP rear camera with dual-LED flash, and there is an 8MP front camera with LED flash as well for video calling and selfies.

Price And Availability Of Hyve Pryme :-

Hyve Pryme has priced Rs. 17,999 and it will be available exclusively only on Amazon.in under flash sales model and registrations for the same will open on November 20.