If you want a full-fledged gaming PC for yourself but don’t want to spend too much then either you can build one for yourself or if you want to stick with a popular brand so you can surely take a look at Asus gaming PC, they had launched some excellent gaming devices in its ROG series and latest one which we have is Asus ROG G11, which is a desktop, and comes with nice design and specs, so let’s see what it has got for us. 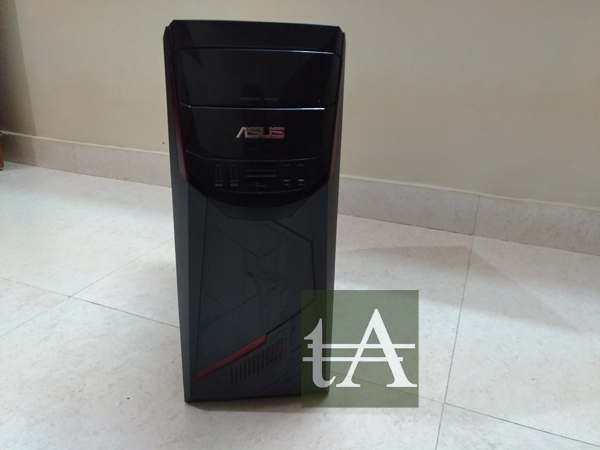 Let’s start with build and design of Asus G11. Like any other Asus ROG series device, this one too comes with Red and Black color design, it has some glossy finish at the front which looks nice but gets dirty very easily as well. One thing which you will notice is that anyone from a distant can easily recognize it as a gaming device.

There are some cool glowing LED strips at the front which gives a nice feel while you are playing the game or if you have a dark environment. In total, by its black glossy finish at the top front, and LED lights, it looks like some sort of robot sitting around you. 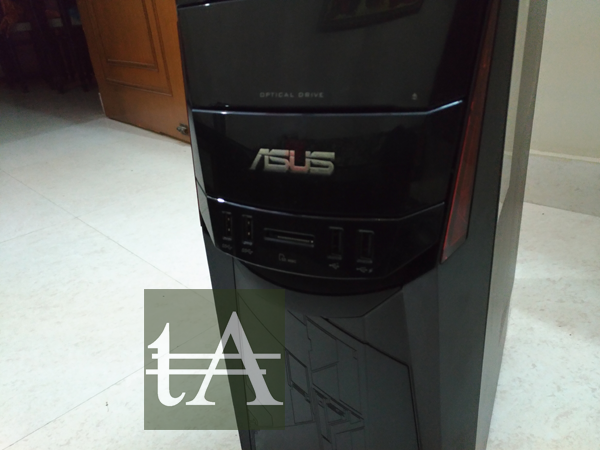 When it comes to connectivity and ports then at front you have four USB ports, two are USB 3.0 and two are 2.0, DVD-RW optical drive and a 6-in-1 card reader, and one thing which we liked is that headphone and microphone jacks are placed on the top side which makes it easy to access and use.

At back you will find six more USB ports, two are USB 2.0, two are USB 3.0 and two are USB 3.1, there is an Ethernet port as well, however, it do come with WiFi and Bluetooth options for wireless connectivity, for audio, it has six ports (side, rear, subwoofer, line-in/out, mic), and there are an HDMI and VGA-out for video as well. 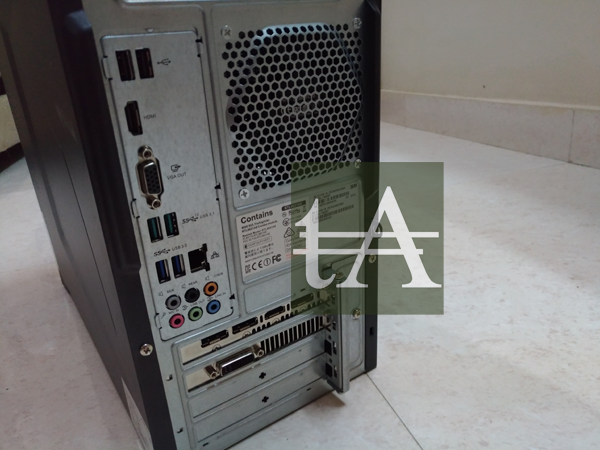 If you want, then you can directly plug your display to GeForce GTX 960 graphic card as it comes with three DisplayPorts, HDMI port and DVI connection, means you have lots of options to connect more than one monitor.

The overall build and design of this desktop are good and it is compact as well, it does not acquire big space which other desktops in the same price do.

To support all your graphic needs, it has got 4GB NVIDIA GeForce GTX970 graphic card which can handle top end graphic powered games and video editing software like Adobe Premiere Pro.

At the base, Asus G11 comes with Windows 10 64Bit OS which has got lots of tweaks and pre-loaded software which enhance your overall experience, this is what Asus says, but many of you are not going to use them most of the time.

We have already covered Asus pre-loaded apps in our earlier reviews, you can refer those if you want to know, but personally I am not a big fan of pre-loaded apps, however there is one app which you should use, Aegis which lets you control the lights which come from front side of your device, you can choose lights from 8 million colors. There are some performance analyzer app and Boost launcher which allows you to automatically close certain apps when launching a game for optimal performance.

Asus G11 do come with a mechanical USB keyboard and mouse which are just okay, they are not a gaming keyboard or mouse, but if you are going to start your gaming journey then you can easily start with them.

In terms of design, the keyboard is very ordinary, it has a nob at the top which lets you control the volume. Key travel is nice and as it is a mechanical keyboard, typing is very easy and comfortable. However, if you want a dedicated gaming keyboard, then it is not that.

The mouse which comes inside the box is again simple one which has a straightforward design, I liked its simple design and I had no problem while using it throughout my review.

While using Asus G11, I never experienced noise or heating issue, yes some time while playing games or doing a heavy task it does gives some fan noise but it is again something very low and will not be a problem at all.

If you are someone who loves to swap components, then you have to consider here as upgradability is limited here and you will have a limited number of options.

For connectivity, Asus G11 comes with WiFi 802.11a/b/g/n/ac and Bluetooth V4.0, in our test both performed very well and provides good download and uploading speed.

All thanks to modern hardware and specs which are there in Asus G11, you can play almost any games on this device, we had played games in full settings, some in QHD as well. While copying 15GB of data to a USB device, we got an average speed of 90-95Mbps write speed. 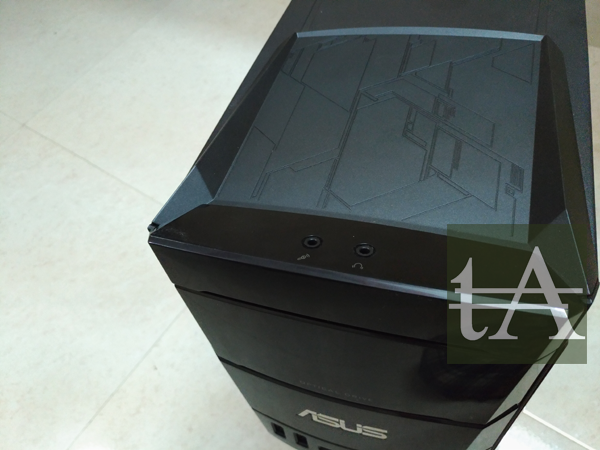 While playing most of the games like Max Payne and GTA V at high setting we were able to achieve 60fps frame rate, and all went fine, no frame lag or frame drop for me. Yes, some time frame rates drop when there are extensive colors on screen but it is something which we faced 2-3 times in our usage of 4 weeks.

We also played NFS Most wanted and again all went smoothly, however, I tried playing games on the 4K monitor, and if you switch to medium setting then you will not face any issue, but on max setting sometimes frame rates dropped on the 4K display.

Other than gaming, we edited a 4K video on Adobe Premiere Pro and we didn’t have any issue, yes it took a good amount of time to render it but this is something I was expecting. We successfully edited a RAW image on Adobe Photoshop CS5 and no major issue here as well.

Asus G11 is a nice and compact device which comes with good specs which not only looks nice on paper but they perform well in real life as well. However, if you are someone who loves to swaps things and update your hardware’s then here it is very limited.

There are some more PC available in same price bracket which provides good options in terms of upgradability.