Couple of months ago, InFocus has announced couple of smartphone’s for Indian market and recently the had started launching them like last week company has announced InFocus M812 (Review), and now today company has announced another LTE smartphone, the InFocus M370 which comes at the price tag of Rs. 5,999, it will be exclusively available on Snapdeal and registrations for the same have been already started and will close on October 8 at 8PM, and sale will start on 9 September. 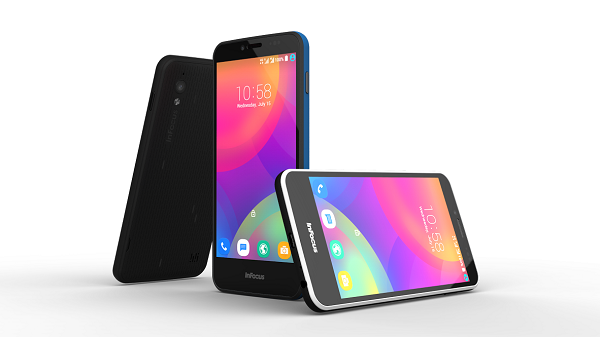 The USP of this smartphone is a pre-loaded features which can turn your face into emoticons which you can send to your friends via different instant messaging apps, and company says this feature will make your conversation more personal and exciting.

When it comes to specs InFocus M370 flaunts an 5-inch HD display, under the hood it is powered Qualcomm’s Snapdragon 210 quad-core processor clocked at 1.1GHz paired with 1GB of RAM and also comes with 8GB of internal storage which can be further expandable via a microSD card up to 32GB.

When it comes to photography front, it features an 8-megapixel rear snapper along with LED flash, and there is also an 2-megapixel front-facing selfie snapper, for connectivity it has options like as 4G LTE, dual SIM (4G+3G), Wi-Fi 802.11n, Bluetooth 4.0, and GPS, it houses an 2,230mAh battery and when it comes to software front, it runs on Android 5.1 Lollipop out-of-the-box with custom skin on top.

At this price tag, InFocus M370 will compete with some other affordable LTE smartphone’s like YU Yunique (Review), Phicomm Energy 653 and Lenovo A2010.

Sony Honami aka i1 Purported Rendered Pic Leaked, Will Be Known...