Earlier this month HTC has announced a new smartphone in its upper mid range, the HTC One Me which looks quite similar to of HTC E9+ which company has announced last month (First Impression) with its polycarbonate body and a metal rim which runs all across its body to give a premium look. HTC has announced One Me at the price of Rs. 40,00 and will go on sale by the end of this month. 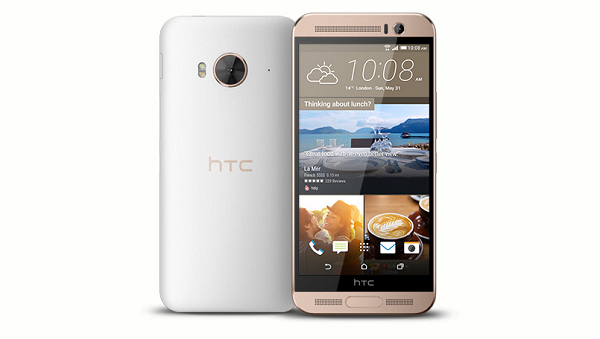 In terms of design, HTC One Me looks very similar to E9+, but it also take one interesting feature from HTC One M9+ also which is finger print scanner which is embed into the home screen, and you can place your thumb in any way, upside down or such, and it can read your fingerprint without having any issue.

If we talk about specs then HTC One ME features an 5.2-inch QHD (2560×1440 pixels) display screen, under the hood it is powered by an MediaTek Helio X10 octa-core 64-bit processor clocked at paired with 3GB of RAM and comes with 32GB of internal storage which can be further expandable up to 2TB using a microSD card.

If we talk about photography front then it features an 20-megapixel rear snapper with dual-LED flash, f/2.2 aperture, and can record 4K videos, there is also an 4-Ultrapixel selfie camera with f/2.0 aperture and can record 1080p videos, for connectivity it features dual-SIM card slots, LTE support, dual-band Wi-Fi a/b/g/n/ac, NFC and Bluetooth 4.1.

It comes with BoomSound speakers with Dolby Surround sound effect, it houses a 2,840mAh battery and in terms software, it runs on Android Lollipop wrapped under Sense UI.