From past couple of months we are hearing about the lite variant of Google’s flagship smartphones, the Google Pixel 3 Lite. Google was expected to launch these tear-down variants last year along side Google Pixel 3, but for some reason they got delayed and now they will be launched in Spring this year. We had already seen couple of leaked images and render about the same, but now a full fledged video of a pre-production unit has surfaced online which gives us the best look of the phone. 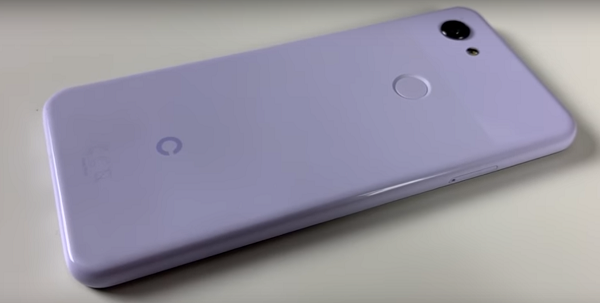 A Ukraine based blogger Andro News has posted this video and one of the good thing about this upcoming device is that it has got 3.5 mm audio jack which was removed from its elder siblings for USB Type-C.

There have been several USB Type-C to 3.5mm audio jack adapters are available in the market but only Google certified works with Pixel smartphones, so if 3.5mm audio jack is back then it will put smile on several faces.

Video also shows phone is made up of plastic instead of metal and glass back, which was expected as its a Lite variant.

From earlier leaks we know that Google Pixel 3 Lite will flaunt a 5.56-inch full HD+ display having a resolution of 1080×2160 pixels with 18:9 aspect ratio and it won’t have any notch.

Under the hood, it will be powered by Snapdragon 670 SoC along with 4GB of RAM, 32GB storage and Adreno 615 GPU.

Camera is always the main highlight of Pixel smartphones, here in Google Pixel 3 Lite you will get 12.2-megapixel rear camera with f/1.8 aperture and LED flash, but unlike Google Pixel 3, here at front you dont have dual camera setup, instead you have a 8MP camera for selfies.

It houses a 2915 mAh battery and runs on Android Pie when it comes to software scenario. As of now there is no word on launch date of these smartphones, but you can expect near to Google I/O.