Huawei has just announced a new smartphone under its Honor Sub-brand, the Huawei Honor 6X which is the successor of last years very successful smartphone, the Huawei Honor 5X. Company has made this announcement in the ongoing CES aka Consumer Electronic Show 2017 where company is also expected to launch couple of more smartphones including “epic” Honor Magic smartphone. 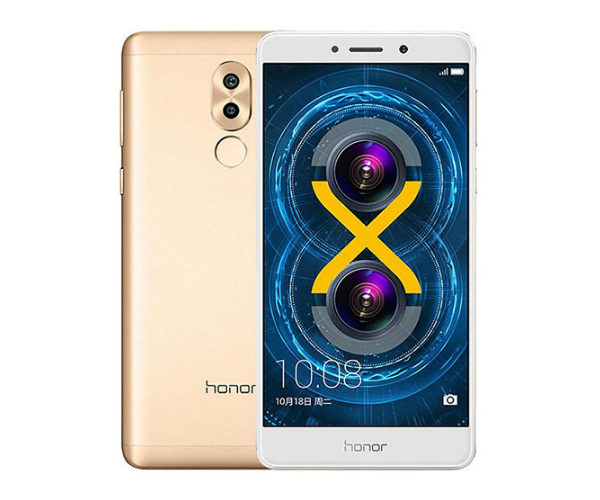 This smartphone takes right from where Honor 5X has left off, it has got full metal unibody design which looks premium, and then you have bright screen which again looks nice and has very thin bezels.

When it comes to the specs then it flaunts a 5.5 inch FHD display screen (1920×1080 pixels), under the hood, it is powered by a in house HiSilicon Kirin 655 SoC based which is build on 16nm architecture with four cores running at 2.1GHz and another four running at 1.7GHz while Mali-T830 GPU is taking care of graphics.

It comes three memory and storage options, 3GB + 32GB, 4GB + 32GB and 4GB + 64GB, all models will have hybrid SIM slot which allows you to expand memory if you giveaway one SIM card.

For photographic front, which its USP as well, unlike traditional smartphones, this Huawei Honor 6X features dual camera setup at back, 12MP main camera along with a second 2MP camera which capture depth information. The aperture of second camera range from f/0.95 to f/16 which lets you gives you good depth of field or bokeh effect in your shots, and to make your photographic experience more pleasant, EMUI adds some more effects.

It houses a 3340 mAh battery which supports 2A fast charging and when it comes to the software front, it runs on Android 6.0 Marshmallow which wrapped under companies own EMUI 4.1.