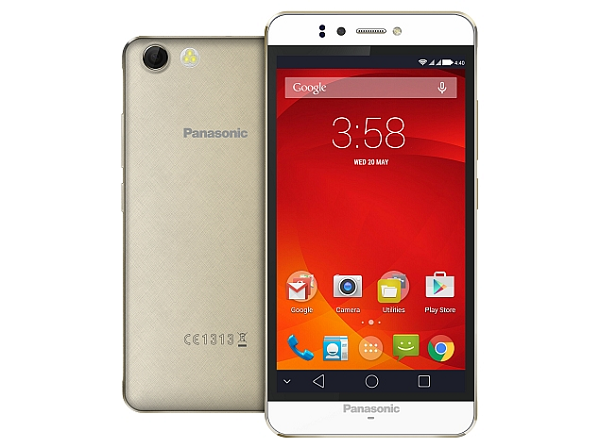 When it comes to specification it flaunts an 5.3 inch HD (1280x720pixels) IPS display screen, under the hood it is powered by a octa core CPU (unspecified) which clocked at 1.4GHz, which is supported by 1GB of RAM, and it has got 8GB of internal storage which can be further expandable up to 32Gb via microSD card.

If we talk about photography front, then Panasonic P55 Novo features an 13MP auto focus rear snapper with triple LED flash, at front it flaunts an 5MP front facing camera with LED flash as well for selfies. For connectivity it supports WiFi, 3G, Dual SIM, Bluetooth, Micro USB and GPS, it houses an 2500mAh battery which should last a day on moderate usage.

Panasonic P55 Novo also supports some gesture controls like TapPlay which allows you to wake up phone without pressing power button, just like double tap to wake, not only this you can also create some gestures to launch your favorite apps from lock screen. In terms of software it runs on  Android 4.4.2 KitKat OS out of the box, company has kept UI to its stock which is surprising as company has its own custom UI.

In recent time we have seen that more and more player are concentrating towards selfie focused smartphone, like we have seen phone from HTC, Sony, Micromax, InFocus and some more, now its time for them to launch something new which will make them stand out in crowd.