Since the launch of iPhone X which featured top-notch, we have seen other companies coping the same notch and applying it on their smartphone, well notch is somewhat necessary as it houses many important parts like front camera, sensors and earpiece, in these everything can be hidden behind the display but when it comes to camera, you cant hide it behind the display, and that’s why companies where unable to go away with notch. 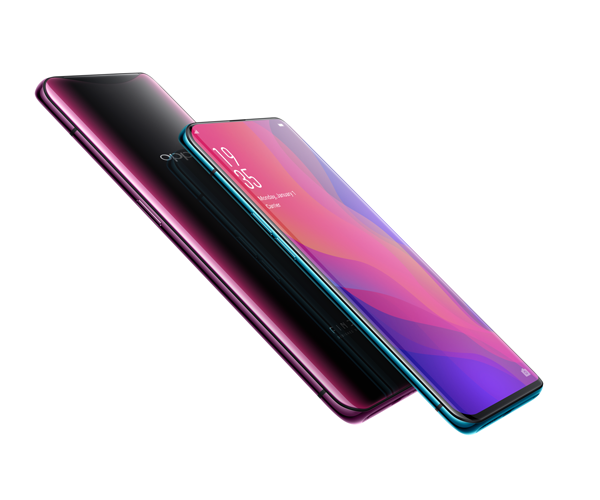 But Oppo has find an unique and nice way to hide all these parts in its Oppo Find X smartphone, under a slider, it has motorized slider which houses all your sensors and front camera. It comes with a screen-to-body ratio of a whopping 93.8 percent which makes it as a truly bezel less smartphone of 2018.

Company has launched this device last month globally and now it has made its way to India.

It has a motorized slider which pops-out when you tap on camera, and this slider houses both the front and back cameras. Company says this motorized slider can open and close in just half a second.

This slider also houses bunch of sensors like 3D sensor for Face Unlock as this phone does not have any fingerprint scanner on it, not at the back and neither under display.

Apart from the design, when it comes to specs, the Oppo Find X flaunts a 6.4-inch OLED display screen which is a full HD+ (2340×1080 pixels) resolution. Under the hood it is powered by Qualcomm Snapdragon 845 chipset along with 8GB of RAM, and comes in two storage variants of 256GB and 512GB.

When it comes to the photography front, there is a dual-camera setup at the rear, 16-megapixel primary sensor with f/2.0, and a 20-megapixel secondary sensor with f/2.2. It also comes with bunch of AI features like it helps you to click portrait photos, and add AR stickers to your photos as well. Fro selfie lovers there is an 25-megapixel selfie camera, again it comes with AI assistance which adds beautification effects to your selfies, and there is also support for 3D emojis similar to what we have seen on the iPhone X.

To keep this phone running all day, it houses a 3,730mAh battery which support Super VOOC charging technology, through which you will get up to two hours of talktime with just five minutes of charging. Oppo also claims that the battery can be charged from zero-100 percent in just 35 minutes.

For connectivity, it supports dual-SIM card slots, WiFI, Bluetooth, global LTE bands and USb Type-C for charging and headphone jack as there is not 3.5mm audio jack. When it comes to the software front, the Find X runs Android 8.1 Oreo out-of-the-box wrapped under Oppo’s Color OS 5.1 UI.

Company has launched this smartphone at the price tag of Rs. 59,990 which a very hefty price tag for a company which was playing in mid-range devices. Yes it has one of the finest body and mid-blowing display, but will you pay that much amount on Oppo Find X over other players like Google Pixel 2 XL, Samsung galaxy S9 and Apple iPhone.

Do let us know your views in comments section below.

HTC One S Wont Get Any Further Updates