From a long period of time Dell is looking to establish its foot in the field of smartphone and tablet market but as of now company has failed to do so, but today morning Dell has took the stage in ongoing Consumer Electronic Show aka CES 2015 and announced Dell Venue 8 7000, which is the thinnest tablet as of now, this tablet allows you to expand its memory up to 512GB via microSD card, yesterday we had seen Saygus has launched its V2 which supports memory up to 320GB but now Dell has set a new benchmark for others. 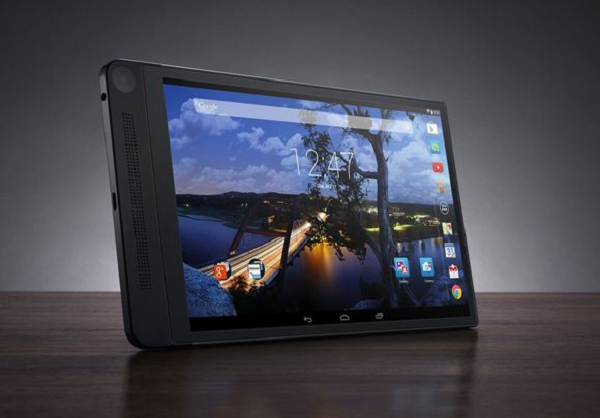 If we talk about specs then Dell Venue 8 7000 flaunt an 8.4-inch 2K display screen with screen resolution of 2560×1600 pixels, under the hood it is powered by a quad-core Intel Z3580 processor clocked at 2.3GHz along with 2GB of RAM and has 16GB of internal storage which can be further expanded up to 512GB via microSD card.

As per photography front it has got 8-megapixel rear and 2-megapixel front-facing sensors built on Intel RealSense 3D camera, which lets you perform a number of advanced features such as changing the focus and changing the background color once you have taken the image.

For connectivity it has got 802.11 ac Wi-Fi, Bluetooth 4.0, Micro USB and Miracast, it houses a 5,900mAh battery and also got MaxxAudio Waves speakers which give nice feedback in terms of audio quality, in terms of software it runs on Android 4.4.4 KitKat.