Days are gone when you can use two SIM cards in your single smartphone, Taiwan based company, Acer has launched world’s first triple SIM device, yes I know there were Chinese handsets which supports four SIM also but lets be more realistic here. Acer has showcased Liquid X2 in an New York Press conference, however company is yet to announce pricing and availability dates of this triple SIM supported smartphone. 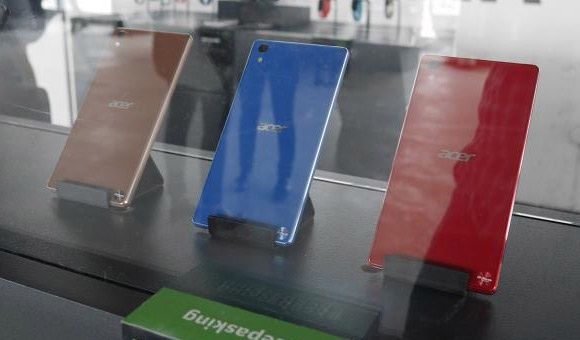 Apart from supporting three SIM, Liquid X2 also comes with a massive battery of 4000mAh which company claims can last for two days easily. Specs are rare at this time and we could hope company will announce device in other countries very soon.

Acer Liquid X2 comes with 5.5 inch display, screen resolution is not know at this time, it will be powered by 64 Bit octa core processor, and it includes a 13-megapixel offering with a f/1.8 lens and LED flash at back and front. It will run on Android 5 Lollipop.

MakeMyTripe Allow You To Book Bus Tickets Via SMS