One thing which I liked with Asus is that they have devices for every price range to serve every type of users, and this is the same thing which I don’t like with Asus as well because this is kind of confusing for a normal users, and sometime you will find more than two laptops from Asus in the same price range in different series. Recently Asus has announced a new laptop in its Vivobook, the Asus VivoBook S510U which we have received a couple of days back for review, and we used this lightweight laptop for some period of time, and we have a mix feeling for it. 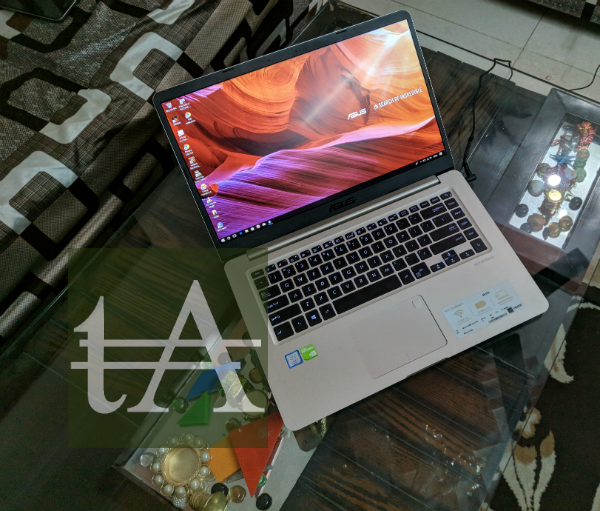 One thing which you will feel when you first lift this laptop is how lightweight this laptop is. This is the lightest VivoBook Asus has yet announced yet.

The lid is pretty strong and doesn’t feel cheap in any way, even when you put some pressure on it, there will be no impact on the screen, so you can easily carry it in your backpack. 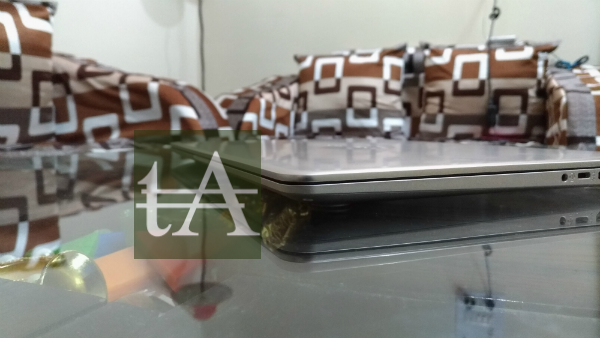 Rest of the laptop is built of plastic, Asus has used good quality plastic but it does feel cheap, especially when you type, there will be some wobbling effect which doesn’t feel good.

The hinge is powerful and makes it easy to open and close the screen without much pressure and screen can be tilted max at 150 degrees. The speakers are placed on the bottom, towards the front side of it, which means audio can be easily blocked if you this laptop is on your lap.

When it comes to connectivity and ports then on the left side you will find 2x USB 2.0, a full-size SD card reader and some LED indicators. 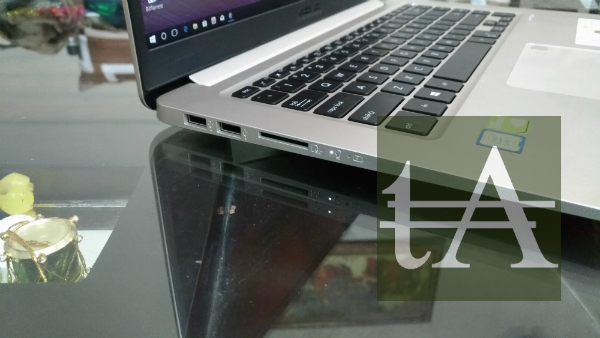 On the right side, you will find 3.5 mm combo audio jack, USB Type-C port, HDMI, USB 3.0, and AC adapter for power. There is no ethernet port on this laptop, which means you only get the wireless option on it. There are no connectivity ports on either front or back of the laptop.

The overall build is good, there were no sharp edges which you usually find on mid-level laptops. Low weight and slim profile make it easier to use and carry.

When it comes to the under the hood features of Asus VivoBook S510U, it is powered by 8th Gen Intel Core i7 8550U Processor along with 16GB DDR4 RAM and has 1TB HDD and 128 GB SSD. 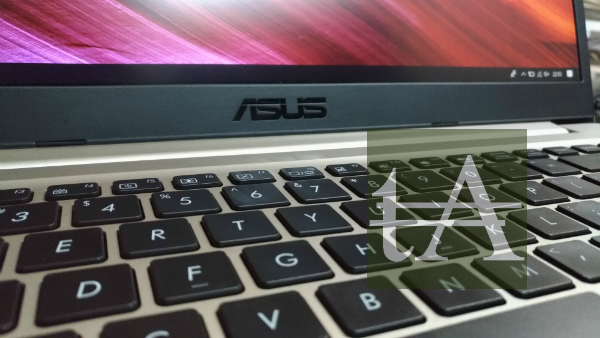 Asus VivoBook S510U runs on Windows 10 Home right out of the box, but along with this, you will find plenty of bloatware from Asus which do takes some memory and put the load on your device. So make sure you remove any of them which you are not going to use.

Asus VivoBook S510U comes with a chiclet keyboard which is placed in a well spacious area, typing on this keyboard is pleasant but the warping of the plastic chassis is noticeable and annoying. 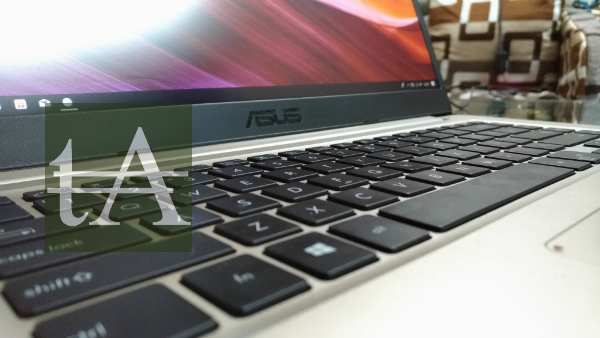 If you don’t type for your living, then you can easily survive with this keyboard and won’t find any major issue with it.

I have heard from many that this keyboard feels shallow, but for me, it is not. Keys are firm and need a heavier push to register which will reduce your typing speed but you and easily get used to it. 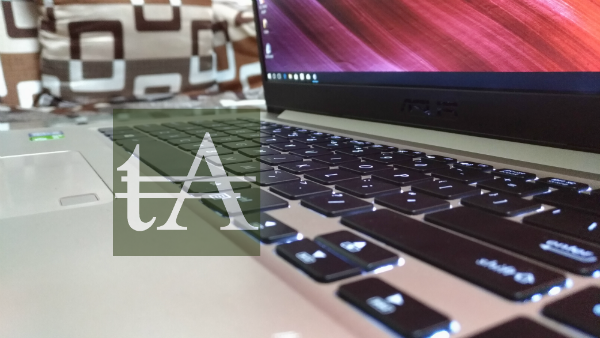 The arrow keys are small but they are nicely placed separately which makes it easier to find without looking down. This keyboard supports three levels of backlit, which means no matter in which lighting condition you are, you can use it very easily.

The trackpad is something which I liked on this, I guessed Asus has listened what its users complained, here they had placed the fingerprint scanner at the corner and now it won’t come in your way while using the trackpad. 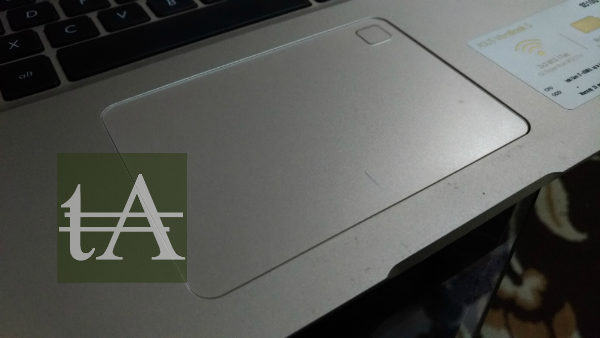 Here Asus has used Elan clickpad with Microsoft Precision drivers, which is a bit rubbery and doesn’t let your fingers slip more often, which usually happen with the glass trackpad.

And due to this, you can perform gesture swipes more easily and more precisely. However, the left buttons sometimes remain pressed and not immediately retract back to its original position. But in long run, we haven’t faced any major issue with it and feedback was nice.

It has got 15.6 inches FHD display which provides wide angle view of 178 degree which is quite good. What I liked is the tiny bezel which makes your viewing experience more pleasant. 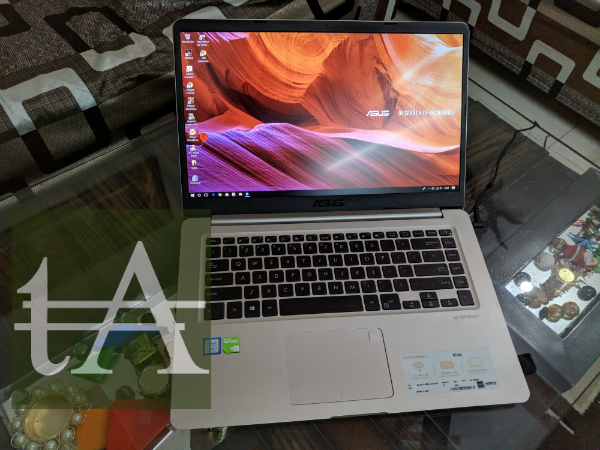 However, when you are outside, the display seems a little washed out in direct sunlight as it has only max brightness of around 250 nits. The overall display is nice with sharp images and text which you can read very easily.

This Asus VivoBook S510U comes with good set of hardware which you can upgrade them anytime. With the help of a Phillip screwdriver you can remove back panel and apart from CPU and GPU, you can change other things like you can upgrade RAM up to 32GB. 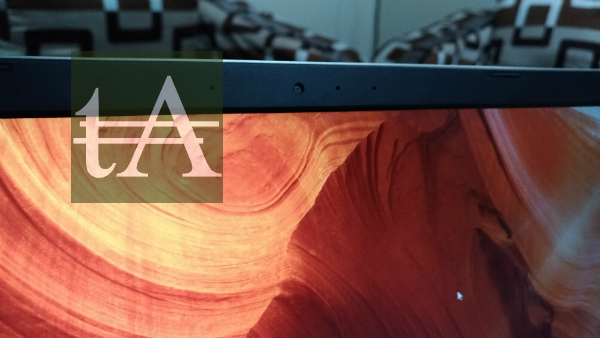 I am not a heavy gamer but like to get my hand dirty sometimes, I played NFS Most wanted and it was a smooth experience and frame rates were above 30fps and I never faced any frame drop or lag in this. 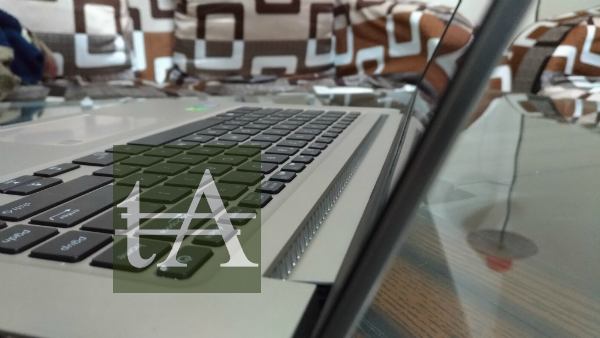 But when I played Rise of the Tomb Raider, which is a heavy game, frame dropped below 30fps and yes there was some frame lag in this game.

Many times I had noticed that while playing games, frame dropped suddenly from 120fps to 20fps, and this happened with every game I played on it like Assasin Creed, Battlefield, and Counter-Strike.

Read and Write speed was also good, in test it showed read speed of around 550Mbps while wrote speed was around 110Mbps on SSD.

To pushed its performance we edited a couple of RAW images on Adobe Photoshop, applied some color effects, added some layers and some changes here and there, all went fine and we were able to export image without any lag. 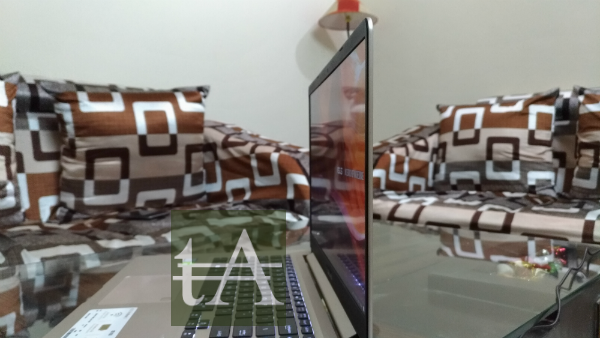 Same was the case on Adobe Premiere Pro CS6, we were able to edit FHD video with color adjustments and color grading without any issue, and thanks to the SSD, exporting video file was quick. The speakers are placed on the bottom, towards the front side of it, which can give you decent sound but if you put this device on your lap then there are high chances of blocking them. It does come with companies SonicMaster technology, but even that cant help it and sound quality was average.

In order to save the weight, Asus has implemented 42 Wh battery which is smaller then what you will get in other laptops.

KabyLake hardware doesn’t require much energy but still in our test we played some YouTube videos, web browsing on WiFi and screen was on 50%, we got only 6 hours of usage time, which is not good as per our test. One thing which I noticed on this machine was that when you push it to its max limits, it will start making noise which is very substantial and noticeable.

And another thing to notice is that this machine gets heat up very easy, for example, I was just watching an FHD video on YouTube and laptop was on my lap, just after 30 minutes of watching I was heating heat on my lap.

Asus VivoBook S510U comes with nice build quality, the good set of hardware, and nice display with good viewing angles, but even this failed to justify the price of this laptop. Asus VivoBook S510U is available at around Rs. 80K. Asus could have improved the battery life of this laptop, and yes keyboard could have been better here as well if your work doesn’t require you to type a lot then it is not an issue for you You can improve performance by swapping a larger SSD as it is easy to replace SSD and RAM on this machine which is a good thing. The build quality is very nice and its light profile makes it easier to use and carry.