We have seen Google is pushing its Android OS like never before, earlier we have seen Google has announced Android One program where they have joined hands with multiple OEMs but this program never reached where Google was expecting it to reach. Now Google has come up with Go Edition of its latest Android Oero OS which comes with basic and useful features in it. Back in Mobile World Congress 2018, Alcatel has announced Alcatel 1x along with 5 and 3 series smartphones, and now the company has decided to launch it in India. 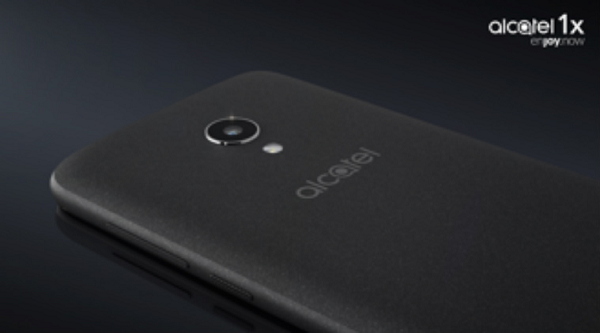 Android Go Edition comes with customized versions of Google apps like Google Go, Google Maps Go, Gmail Go and, YouTube Go. These apps have been modified for entry-level smartphones so that they can run without any issue and improve performance with less demand for storage.

When it comes to specs then 5.34 inches display, and it goes with the trend and we have 18:9 aspect ration display here, but what goes out here is its resolution of 480 x 960 pixel.

Under the hood, it is powered by octa-core MediaTek MT6739 processor along with 1GB RAM and 16GB of storage which can be further expandable.

When it comes to the photographic front, it comes with a 13MP rear camera with LED flash and there is an 8MP front-facing camera for selfies. It houses a 2,460mAh battery.

Mr. Praveen Valecha, Regional Director, Alcatel India said “For nearly 20 years Alcatel has been a leader in delivering high quality, premium mobile technology experiences that are accessible to consumers around the world, with this launch we will enable many consumers
to upgrade to a 4G Smartphone”.

Alcatel hasn’t announced the price of this smartphone as the company has said that price will be revealed at the time of launch.