Asus FonePad is one of the best voice calling tablet which are available in the market, now Asus has launched a new variant of Fonepad 7, the Asus Fonepad 7 FE375CL which comes with the support for the LTE and also runs on Android Lollipo right out of the box. This voice calling tablet will be launched in Taiwan first the the price tag of around $250. Asus is yet to announce global variant price of this tablet. 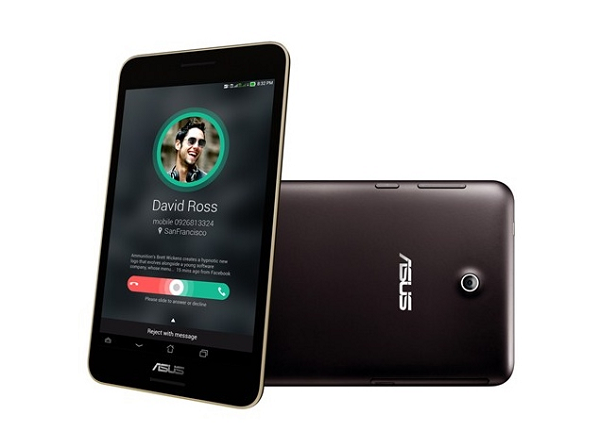 If we talk about specs then the Asus Fonepad 7 will feature an 7-inch WXGA display screen with screen resolution of 1280×800 pixels, under the hood it is powered by a quad-core Intel Atom Z3530 processor clocked at 1.3GHz along with 2GB of RAM, it comes in 8GB/16GB of internal storage along with a microSD to expand memory up to 64GB.

As per photography front it has got a 5-megapixel auto-focus primary snapper with a 2-megapixel secondary camera at front, for connectivity options, it include voice calling support, LTE, Wi-Fi 802.11 b/g/n, Bluetooth 4.0, GPS and Micro USB. As per the software front it runs on Androir Lollipop wrapped under ZenUI.

There will be a dual SIM variant as well which is listed on company’s website and yet to be announced, however this dual SIM variant runs on Android KitKat 4.4 out of the box and sports a 7-inch WSVGA display screen with screen resolution of 1024×600 pixels, under the hood it is powered by Intel Atom Z2520 processor with 1GB/2GB of RAM. As per photography it features an 8-megapixel rear snapper snapper along with a 5-megapixel camera at front, it will be available in 8GB and 16GB of internal storage.