We have seen that Asus is trying to market its voice calling tablet, the Asus FonePad 7, some users says it feels quite awkward but Asus has its own reasons to promote it. At this time its very hard to keep track of all launched Fonepad 7 which company has announced in past and hopefully will announce more Fonepad in future as well. The latest in this series is Asus Fonepad 7 (FE171CG) which company has announced back in January this year.

We got this device shipped to our office a week back and after using this device for a week, we have some mixed feedback over it. Here Asus has tried to fix some points which were present in last version of Asus Fonepad 7 but still there are some points which does not makes it a complete voice calling tablet. 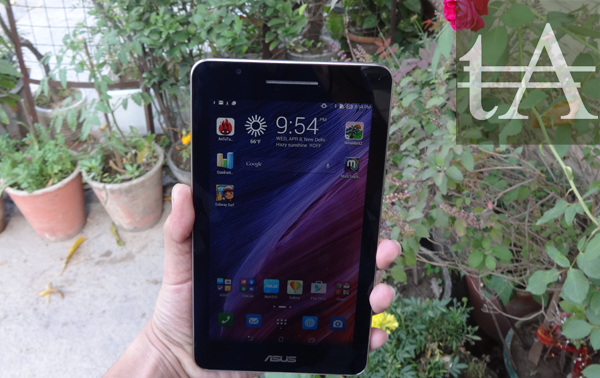 In term’s of build and design, Asus has made some significant changes in it which feels more comfortable. From front, device looks exactly the same which we have seen in its predecessor’s, its like Asus is trying to stick to the same feature until they get big complaints for it. 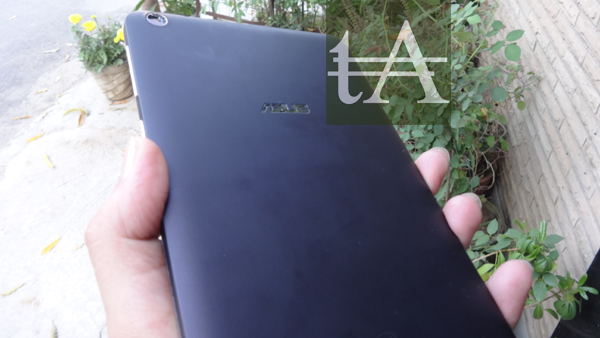 When you flip device, you will feel the change, in past we have seen that Asus has used plastic back panel which sometime slips out of hands and it did feels cheap in hand, but this time Asus has used rubberized matte finish which gives better grip, Asus has also added a metal frame which runs all across its body and gives a robust and premium look to the device, one thing which we were expecting is a scratch proof display screen, but Asus has skipped it this time also. 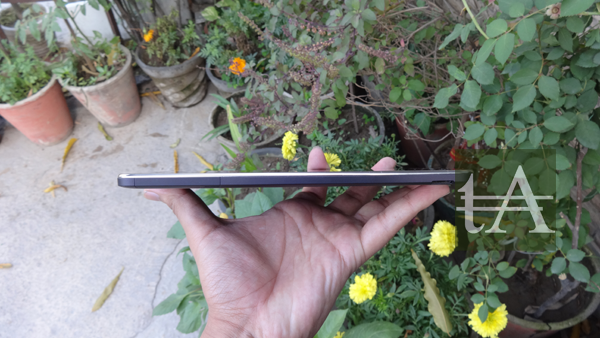 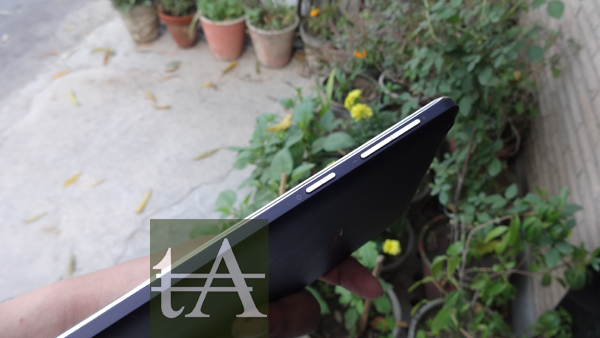 If we talk about connectivity and ports then on the left side of device you will find Power/Sleep followed by your Volume rockers, these are your plastic buttons finished in chrome, just like we have seen in Zenfone, and gives nice look and feedback At bottom of Fonepad 7, you have nothing apart from a primary microphone. 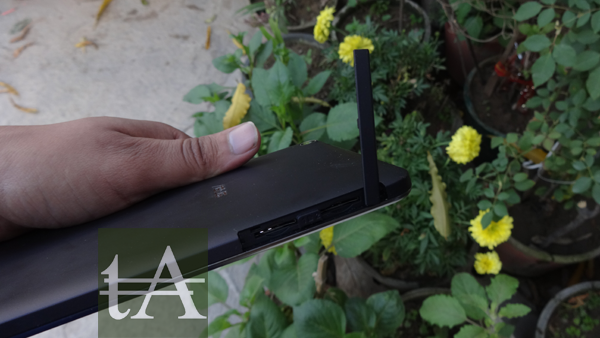 On left side you will find a flap and once you open that flap, you will get access to your dual SIM slots, both are your micro SIMs. Whole tablet looks nice and pack, see how Asus has provided a flap to cover your SIM slots, but to our surprise, As left open its SD card slot which disturb its clean design as well, as this slot is open and Asus is also not providing any dummy with it which means if you dont have inserted a micro SD card slot then it will be exposed to dust. 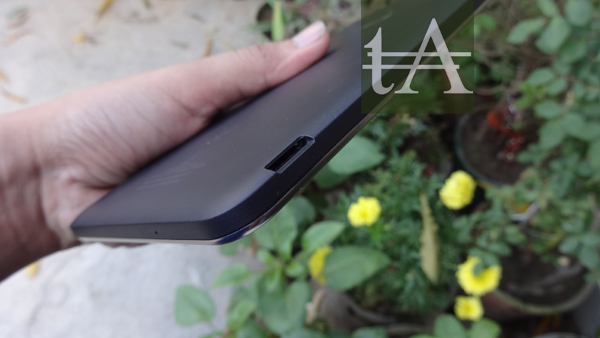 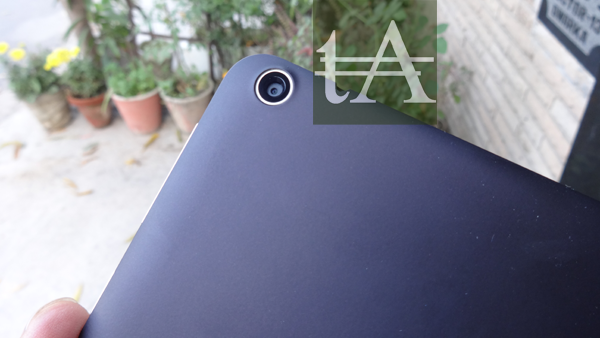 At back you will get a 8 megapixel camera which does not comes with LED flash, means it will be hard to get good images in low light conditions. This time Asus has ditched its traditional plastic back panel and now used rubberized back panel with matte finish which give better and easy hold to the tablet. 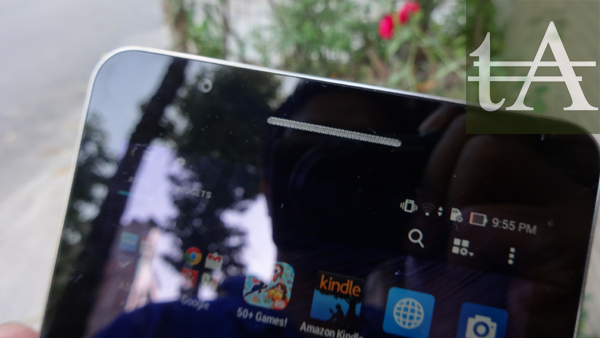 At top you have Micro USB port for charging and data transfer followed by your 3.5mm audio jack. 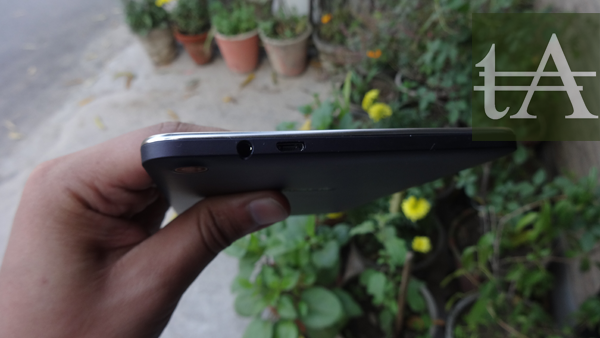 Just like the last version of Fonpad 7, this one too comes with a speaker placed just above your screen which means when you place your device on the flat surface, audio will not get muffled and you will get clear sound coming out of it.

Asus Fonepad 7 FE171CG comes with a 7 inch IPS display panel with screen resolution of 600×1024-pixel, If we talk about under the hood features then it is powered by the same Dual core Intel Atom Z2520 clocked at 1.2GHz along with 2GB of RAM and PowerVR SGX 544MP2 GPU. It comes with an internal storage of 16GB which can be further expandbale up to 64GB via microSD card.

It houses a primary snapper of 8MP which can shot 1080p videos at 30fps, while there is also a secondary shooter at front of 2MP which can also record 720p videos. For connectivity it has got Wi-Fi 802.11 b/g/n, DLNA, Bluetooth, GPS, Micro USB and 3G on both SIM.

Asus Fonepad 7 FE171CG runs on Android 4.4.2 KitKat wrapped under companies ZenUI which brings some coll elements and design to you. On lock screen you will get a digital clock with weather update, three shortcuts which directly takes you to dialer, messaging app or to camera. This device also comes with good amount of bloatware like Email, Calendar, Do It Later, Clock, Splendid and WebStorage which cannot be removed unless you root this device. However some of these comes handy in different scenarios. On your first boot you will get around 1.1GB free RAM and 11.2GB of free storage for your apps, as it does not allow you to make your SD card as your default write disk but I dont think there is a problem as it comes with good amount of free internal storage.

Asus Fonepad 7 FE171CG comes with a 8MP rear camera which can shot full HD videos at 30fps. The rear camera is little better than the one which we have seen in last variant, this time it focus quickly. The UI of camera remains more or less the same. Asus has provided some pre-loaded filters which will help you to enhance your photos taken out of it. As it misses LED flash so dont expect too much from it under low light conditions. But the overall camera experience was good.

Here are some images which we have captured with it :- 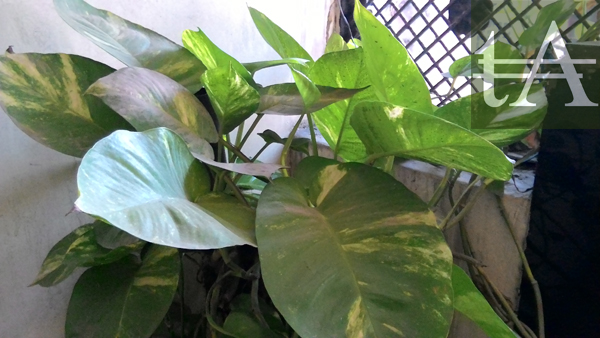 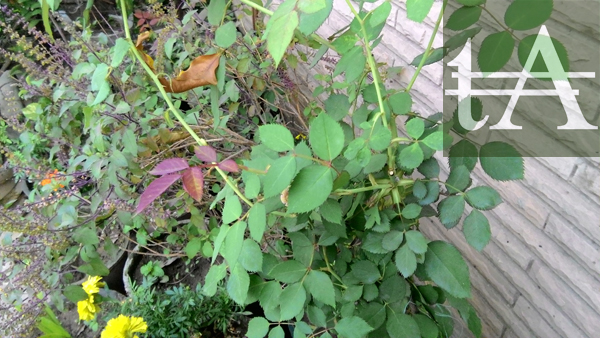 The rear camera is capable of recording full HD vidoes at 30fps and as it features Electronic Image Stabilizer which ensure steady images under shaky conditions, the front camera also gives goo results and it can record videos at 720p which is good for video calls.

Asus Fonepad 7 FE171CG houses a 4000 mAh battery and we are little disappointed with it as despite of being 4000 mAh battery it only last for 8 hours 7 minutes in our video loop test in which we played HD video at full brightness.

Call quality over Asus Fonepad 7 FE171CG was also very good, we never faced any call drop or such in it, we had tested it with dual SIM and checked call over both SIM, it went smoothly and audio quality was smooth too.

When it comes to performance I would say device will perform for you if you are a moderate or average user who just like to check mails, use Facebook and play some entry games. But if you expect more with this device, like we did then you will end up with a frustrating mind as you will find lag UI if lots of apps are running in background.

Display is an other section which disappoints us as on such a big screen you are not getting HD display which will affect your gaming and video playback. As it does not support automatic brightness which means you have to adjust brightness level each time when you go outside and come home. Under sunlight screen is little tough to read but I think you can live with it.

Here are some benchmark test which we ran on this device :- If you are looking for a voice calling tablet then I am sure Fonepad 7 will always be in your list, this variant of tablet do impress us if take its price point in consideration. There are some issue like lag in UI, low screen resolution and unprotected screen which is expose to scratches.

In total if you want a voice calling tablet at 10K price tag, and if your daily task doesnt includes much more gaming or heavy multi tasking then this could be a good option for you.