Today HTC surprise all of us, as we all were waiting company to launch its flagship device, the One M9 in India but company went other way and instead of launching flagship device they launched upgrade model of it, the HTC One M9+ which company has announced a week ago in China and at that time company hasnt announced when company is going to launch it in other market, but today all of a sudden company took One M9+ out of their bag for Indian market and it will be available in May with a price tag of Rs 52,500. 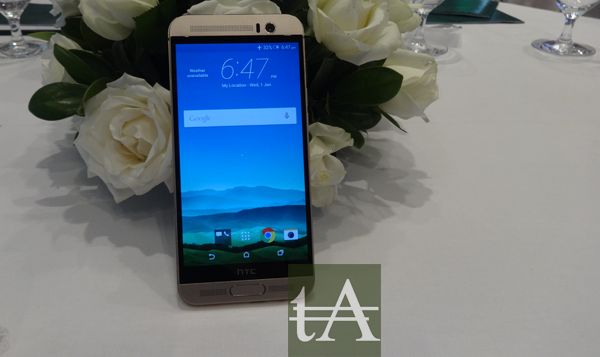 If we talk about specs, then HTC One M9+ flaunts an 5.2-inch QHD display screen with screen resolution of 2560×1440 pixels, under the hood it is powered by a MediaTek MT6795T octa-core chipset clocked at 2.2GHz along with 3GB of RAM and includes 32GB internal storage which can be further expanded up to 128GB using a microSD card.

As per photography front, it features a Duo Camera the back in which primary camera is a 20-megapixel snapper along with a depth-sensing sensor. at front you have an Ultrapixel camera for selfie, it houses an 2,840mAh battery, and for connectivity it has LTE support, Wi-Fi, Bluetooth, NFC, GPA, Micro USB and Infrared and as per software front, it runs on Android 5.0.2 Lollipop wrapped under Sense 7.

HTC too has embedded a fingerprint scanner on its home button and its one of its USP and talking point, it supports biometric authentication for payment system. It also features BoomSound speakers with Dolby surround sound technology. Company has announced that smartphone comes with a year of accidental damage warranty.

[How To] Connect Any 3G Modem To Any Android Device