Last Thursday, Asus has took the stage and launched its flagship device, the Zenfone 2 in India, which company has launched earlier this year at Consumer Electronic Show 2015. Asus was teasing for this phone from couple of months and also taking a dig on other smartphone vendors before launching this device as Asus has decided not to offer this smartphone under any flash sale or invite only model.

One of the biggest feature of this smartphone is that its the first device which comes with 4GB of RAM, just a day after this phone was launched in India, Lenovo too announced its K80, which too features 4GB of RAM. Having 4 Gigs of RAM on your board is way much to handle and game out there. At launch event we got some time to play with the device. 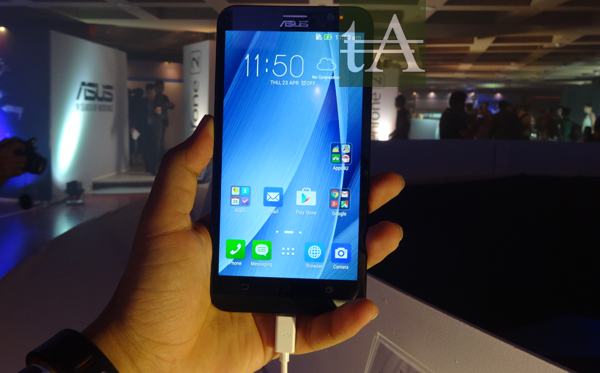 Asus Zenfone 2 comes with a premium design language, and its slimmer than last year launched Asus Zenfone 5 (Review), last year Asus has launched Zenfone 5 which comes with 5 inch display, and here Asus has said that they had tried to fit this 5.5 inch device into the same Zenfone 5 body by reducing the bezels around the screen and now it comes with 72 percent screen-to-body ratio. Screen is protected by corning gorilla glass 3 and viewing angles of this screen is quite good.

Below your screen you will find three touch capacitive buttons which do not support backlit, below it Asus has again used concentric circle finish which we have seen in last year’s Zenfone also, it looks good and gives premium look to the device. Above display you will find a 5MP camera for selfies. 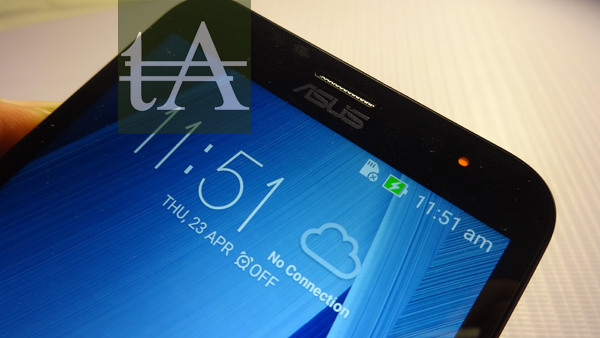 At back you will find metallic finish which gives a look of metal back panel but in actual its plastic back panel which can be removed and once removed you will get access to your dual SIM slots and micro SD card slot as well. There is a 13MP rear camera with dual LED flash at back as well which takes care of your photography. Asus has placed volume rockers at back, just like we have seen in LG G2, but LG has placed power button as well but Asus has decided to skip it. Having volume rocker at back give lots of benefit to you. 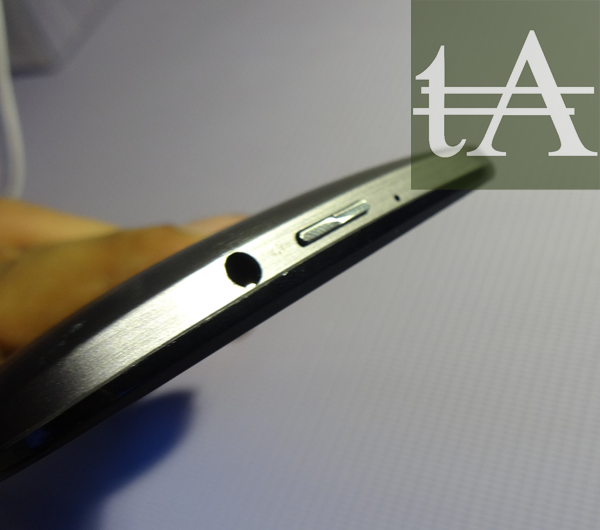 If we talk about connectivity and ports then on at top you will your 3.5MM audio jack along with secondary mic for noise cancellation.

At bottom of device you have Micro USB port for charging and data transfer, there is also an primary mic at bottom. On both sides you have nothing.

If we talk about under the hood features then Asus Zenfone 2 is powered by quad-core Intel Atom Z3580 clocked at 2.3Ghz and as told you earlier it has got 4GB of RAM along with PowerVR G6430 GPU, its the same GPU chip which we have seen in iPhoe 5S.

It comes with 32GB of internal storage which can be further expandable up to 128GB via micro SD card slot. For connectivity it has got WiFi, Bluetooth, GPS, LTE, and Micro USB.

Asus Zenfone 2 ZE551ML runs on Android 5 Lollipop and on top of it you will find ZenUI, in our test multi tasking seems smooth and we were able to navigate through different apps very easily, all thanks to the 4GB RAM, there are bunch of pre-loaded Asus apps which you can find on this device. In our initial test UI felt nice but we have to wait for our review unit to say more.

Asus Zenfone 2 ZE551ML has got a 13MP auto-focus rear camera with LED which is capable of recording full HD videos, there is an 5MP camera as well which can take decent selfies. 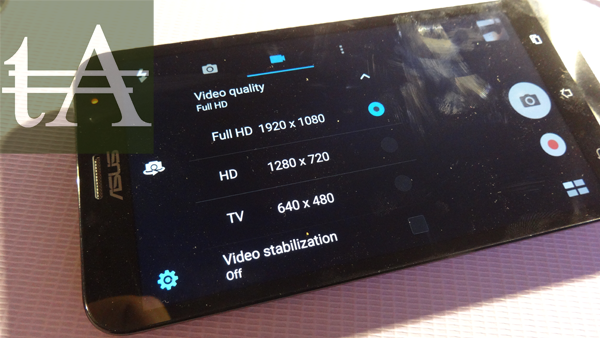 At launch event, we snapped some images which you can check below, dont forget lights were not so good at that place. 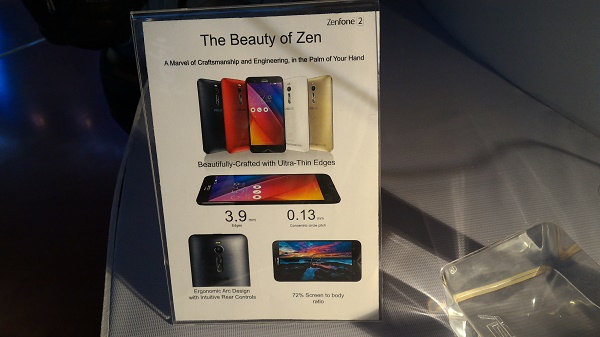 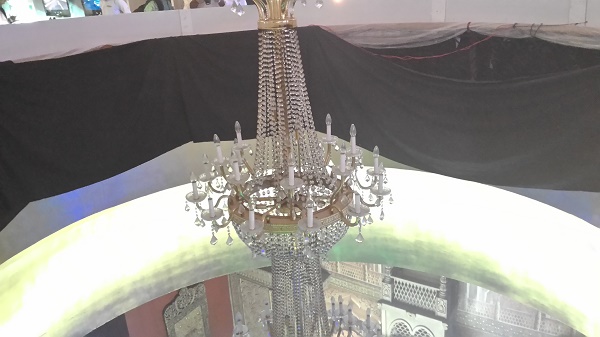 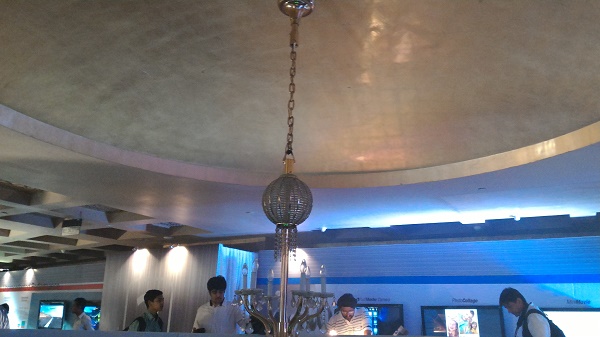 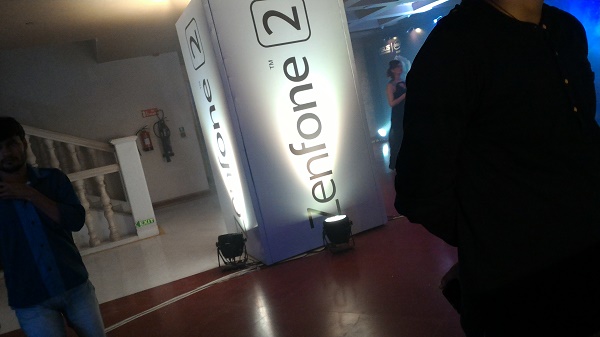 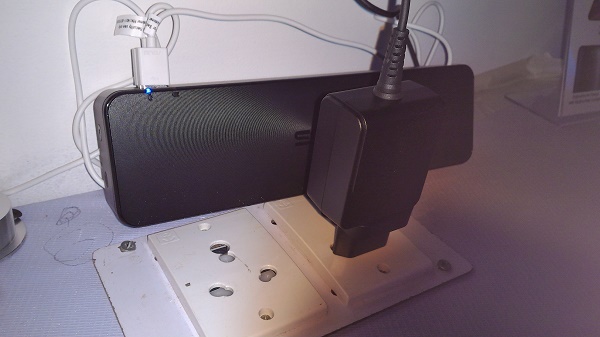 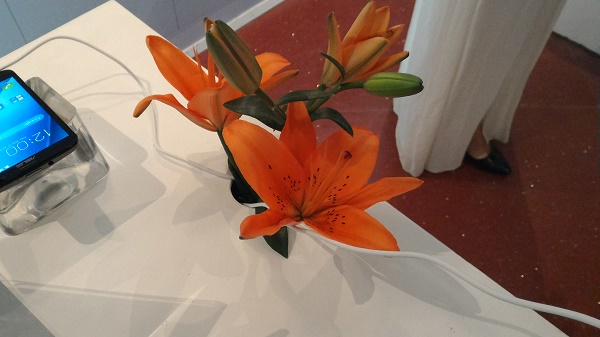 In our initial test device feels solid in hand and provides nice amount of feedback when you hold and use it. Screen is vivid and rich, camera takes nice images even under low lights, and design of device is also good. However it will be too early to say anything at this time and we will wait for our review unit to say more.