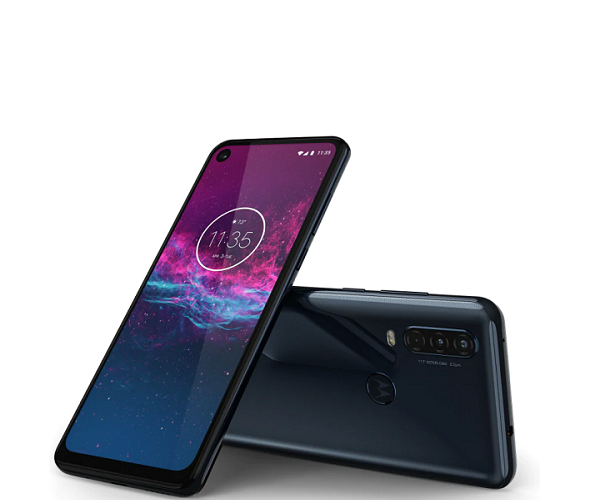 One of the main highlighting feature of Motorola Action One is that it comes with an Ultra Wide Action camera, very much similar to what we had seen on GoPro like action camera.

Motorola Action One – Specifications And Features

When it comes to the specs of Motorola Action One, it flaunts a 6.3-inch display with aspect ration of 21:9 and a resolution of 2520 x 1080. Under the hood, it is powered by Samsung Exynos 9609 processor, company is using Samsung Chipset for the first time, it comes with 4GB RAM + 128GB storage variant which can be further expandable.

When it comes to the photographic front, it features a triple rear camera setup which includes a primary 12MP camera sensor with wide f/1.8 aperture, the second one is the most highlighting camera of 16MP which is an action camera sensor with 2-micron pixel size and f/2.2 lens, it is an ultrawide angle sensor with 117-degree FOV and allows you capture video at 1080p resolution and the third one is a 5MP depth sensor with an f/2.2 lens for portrait effects.

This device allows you record videos in landscape format while holding it vertically and it also features ‘Enhanced Video Stabilisation’. At front you have an 12-megapixel camera sensor for selfies with 1.25-micron pixel size and f/2.0 aperture.

For connectivity, it supports 4G LTE, Wi-Fi 802.11ac, Bluetooth v5.0, GPS/ A-GPS, NFC, USB Type-C, and a 3.5mm headphone jack, and when it comes to software scenerio, it runs on Android 9 Pie anc company promise to provide upgrade to Android 10 and Android 11.

Price And Availability Of Motorola Action One

Motorola Action One is priced Rs. 13,999 for the lone 4GB RAM + 128GB storage variant. The smartphone will be available in three different colors: blue, white and teal, and you can buy it through Flipkart starting 12pm (noon) IST on August 30.