Tomorrow Xiaomi is holding an event in China where Xiaomi is expected to announce its flagship devices, the Mi 5 and Mi 5 Plus, and company is teasing from a long period of time regarding this, now today on their social media page company has released another teaser which shows a possible new feature of these upcoming devices, the wireless charging support on these upcoming devices. 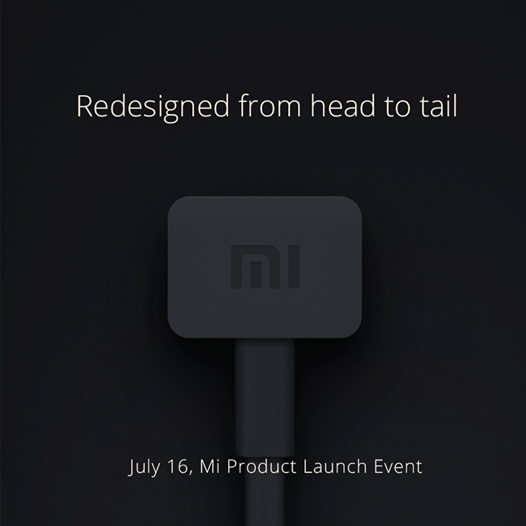 Company has posted an image which looks like a wireless charger which is attached to a micro USB cable. Company has also said ‘redesigned something from head to tail’ which means company is not going to launch any new product rather they will be launching an upgrade of current product, and Xiaomi has launched Mi 4 in last July so it could be its successor say Mi 5.

We’re announcing something new on 16 July. Something that’s redesigned from head to tail! Any guesses? 😀

Wireless charger are something which is becoming more and more popular nowadays, and some flagship products now features wireless charging like Samsung Galaxy S6.

Earlier many leaks has also suggested that company will be launching two products, Mi 5 and Mi 5 Plus, they will carry new design and will have bezel less display screen.

When it comes to specs Mi 5 will have 5.2-inch 2K LCD display screen, powered by Snapdragon 820 SoC along with with 4GB of RAM, and will come in 16/64GB variants, fingerprint scanner in home button, houses 3,000mAh battery with fast charging abilities, 16-megapixel rear camera along, a 13-megpixel front-facing camera, and will run on MIUI 7 which is based on Android 5.1 Lollipop.

When it comes to Mi 5 Plus 5.7-inch 2K display which will be protected by Corning Gorilla Glass 4. powered by a Snapdragon 820 processor, available in 16/32GB variant, will have a fingerprint scanner, 23-megapixel rear camera, a 12-megapixel front-facing sensor, a 3,500mAh battery which supports fast charging, and will run on MIUI 7 which is based on Android 5.1 Lollipop.