Earlier there were quite rumors that Nokia is working on Android smartphone, later one of the Nokia executive said they could look on this option also but then there were no news about this and now fire is again on. 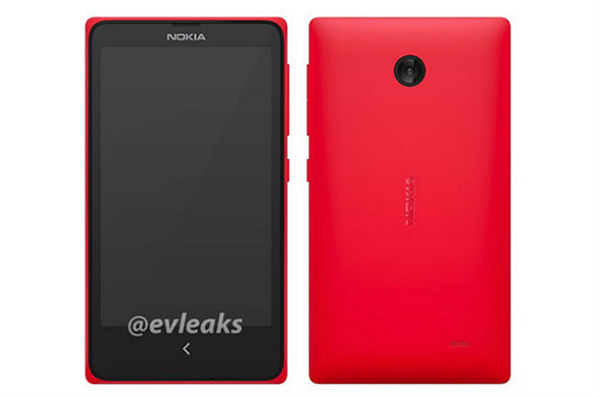 The Verge has reported that Nokia has an affordable Android smartphone in its pipeline, codenamed Normandy, which would run forked version of Android. To support this news, popular leaker @evleaks has leaked an press rendered image of Normandy too.

As sources says, this project is in work from quite a long time and at the time of acquisition by Microsoft of Nokia, they are aware of it but project went quite ahead and it was not possible for Microsoft to pull it down.

This phone will emphasis on apps and services, Nokia has felt that there is a gap between its Asha phones series and Lumia series, and this phone will feel that gap. As Nokia is going to use forked version of Android then it will not look like other Android phone and will get updates more easily as compared to other one.

Nokia will continue to provide its services like Maps, Music Store and other apps in this series. This phone could be unveiled in MWC in Barcelona in February.