Last year we had seen that smartphone market has changed dramatically, specially in India, companies has launched their entry level smartphone’s with more and more features and specs which seems to be a problem for big fishes of the market. These companies say’s they are targeting youths as they like to customize their smartphones, they need more and more features and at the same time they need smartphone which fits in their pocket as its one of the major thing which is considered by buyer while making purchase. 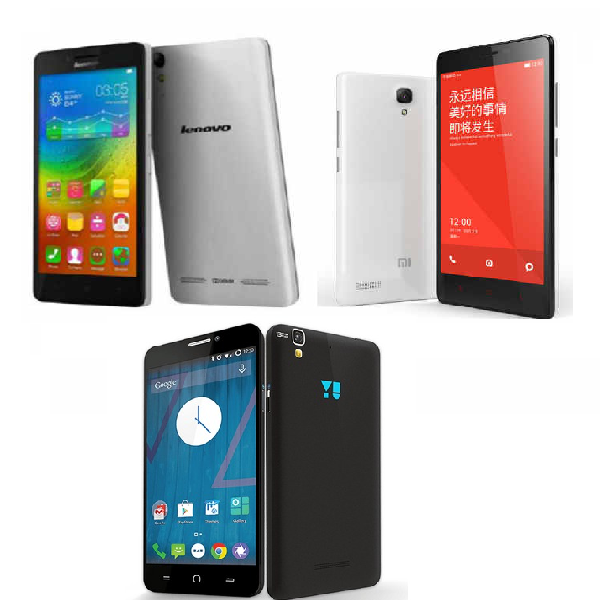 Last year we had seen several Chinese companies landed in India like Xiaomi, Oppo, OnePlus and some more, all companies has introduced their own class devices while some exiting companies has also launched their smartphone’s in entry level like Asus, Micromax, Karbonn and some more. When we were reaching the end of the year there was a new trend, 4G enabled smartphone at budget price, first Redmi Note launched and then Yu Yureka, now Lenovo has also launched A6000 which is also a budget smartphone which comes with the support of TDD-LTE which is available in India. Let see how these stands in front of each other.

In terms of display screen both Xiaomi Redmi Note and YU Yureka comes with a screen size of 5.5 inch whereas Lenovo has screen size of 5 inch, in terms of screen resolution all three has got HD resolution of 1280x720pixels which ultimately means higher pixel density on Lenovo A6000, but at the end it depends on you, how you see your screen.

Xiaomi Redmi Note and YU Yureka comes with a protection of Corning Gorilla Glass 3 but Lenovo hasn’t mentioned anything like this for A6000.

Here Xiaomi Redmi Note is the clear winner with 3,100mAh battery, where YU Yureka has 2,500mAh and Lenovo has only 2,300mAh battery.

Here Lenovo A600 seems to be trailing behind both of the other devices, Lenovo A6000 has got a 8MP primary camera and 2MP front camera, whereas Xiaomi Redmi Note and YU Yureka has got 13MP primary camera with LED flash and 5MP front facing camera for selfie.

But its not the megapixel which matters in camera, there are lots of other factors which works so we keep our final decision on camera till we review them.

This is the segment where we can see biggest difference among all three, all these devices runs on Android KitKat wrapped under custom UI, Lenovo A6000 has got Lenovo’s Vibe 2.0, Xiaomi Redmi Note has got MIUI v5, (soon you will get v6 update) and YU Yureka runs on CyanogenMod 11. Xiaomi Redmi Note and YU Yureka will get Android Lollipop based update but Lenovo hasn’t mentioned any such plans.

If you love customization then CyanogenMod has got lots of customization options for you like you can change themes, fonts, change the behavior of touch buttons and lots more, whereas MIUI is one of the most sleek and beautiful UI you can get, it has simple layout, and support for themes as well.

Its clear that if Lenovo wants to make an impressive entry of A6000 then they need to work on their pricing model and anything below INR 8K could work for Lenovo but if they priced it around 10K then they will have tough time to find buyers for it.