As expected, today Xiaomi has launched their first smartphone of 2017 in India, the Xiaomi Redmi Note 4, company was teasing for this device from a month or so on its social media channels, and today they have taken the wrap from this device. The price of Xiaomi Redmi 4 starts from Rs. 9999 and it will be available in Gold and Dark Grey, and for the first time company has launched a matte black variant of any smartphone, just like we have seen on iPhone 7 launched last year. 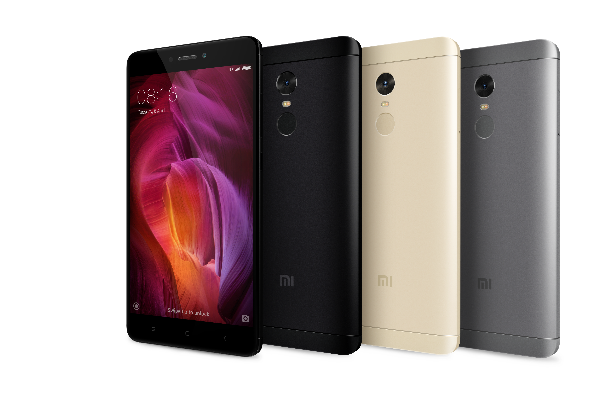 Earlier it was rumored that company might launch this device with Snapdragon 653 processor, but the company has decided to launch it with Snapdragon 625 processor; it might be disappointing for many Xiaomi fans as previous Redmi 3 series runs on Snapdragon 650 processor which means it’s a downgrade here.

When it comes to rest of the specs, 5.5-inch FHD IPS 2.5D display with a pixel density of 401 ppi; it will be available in two variant, 2GB RAM with 32GB ROM and 4GB RAM with 64GB storage gray, storage can be expandable which can be upgraded up to 128GB via SD card.

When it comes to the photographic front, it features a 13MP primary camera with LED flash and Phase Detection Autofocus, and there is a 5Mp front facing camera as well for video calling and selfies.

For connectivity, it supports 4G LTE, Wi-Fi, FM Radio, VoLTE, Bluetooth, Micro USB, and GPS; it comes with the fingerprint scanner which has become one of the most common things these days for smartphones, and it houses a 4100 mAh battery.

It runs on Android 6.1 Marshmallow which is wrapped under companies own MIUI, company also said Android 7 Preview version of MIUI is available on MIUI forum, and users can download and flash it.