Xiaomi’s upcoming flagship smartphone, the Xiaomi Mi 5 is already subject to lots of leaks and rumors, and if see in past then almost all of its details and features has been leaked, and company has said that they are going to launch this much awaited smartphone by the mid of February, which means you can expect more and more leaks by the time this smartphone is announced. 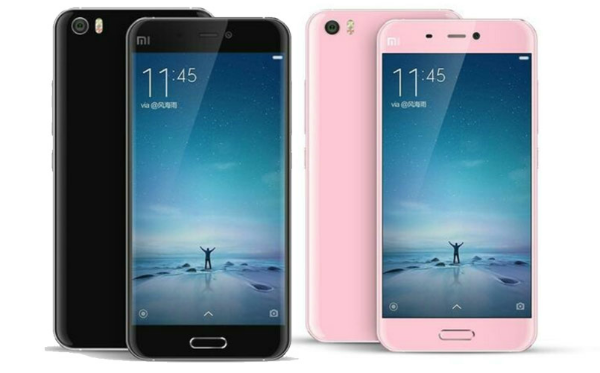 Now there are some more leaks which are coming from MyDrivers sources which suggest that this smartphone will be available in two variants, one will have metal frame with glass at front and back of the device with  5.2-inch full HD.

Other will be more premium variant which will have 5.2inch QHD (1440x2560pixels) display and it will have full metal body which will provide more premium look to the smartphone. Its also said that Xiaomi Mi 5 will have a physical home button with the smallest and fastest fingerprint scanner on it.

Just to remind you, as of now what we know about Xiaomi Mi 5 will be powered by Qualcomm’s Snapdragon 820 SoC along with Adreno 530 GPU, the glass variant is supposed to have  3GB of RAM and 32GB of on-board storage while metal variant will have 4GB of RAM and 64GB on-board storage, as of now there is no word on whether it will support microSD card slot or not.

When it comes to photography front, the Xiaomi Mi 5 could like to come up with a 16-megapixel rear camera with dual-LED flash and support 4K recording while at front there will be an 13-megapixel selfie camera, it will have 3,600mAh battery with Qualcomm’s Quick Charge 3.0 feature support for connectivity it will support 4G LTE, Wi-Fi 802.11ad, Bluetooth, GPS, Micro USB and NFC an in terms of software, it will run on MIUI 7 which is based on Android 6.0 Marshmallow.

Lenovo Vibe Shot Announced, Has With Camera Like Design