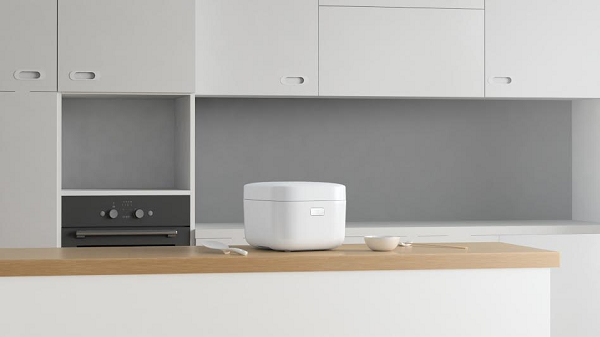 Mi Induction Heating Pressure Rice Cooker is Xiaomi’s first product under the new “Mi Ecosystem” sub-brand at 999 Yuan which is around Rs 10,200, and it allows you to control rice cooking via an app, and it will be available for sale on Mi.com in China during Mi Fan Festival on April 6.

Mi Induction Heating Pressure Rice Cooker is a WiFi-enabled smart gadget that can be controlled via the Mi Home app. For example, users can scan their pack of rice to identify the type of rice, brand and origin, and based on that, the rice cooker can adjust its heating methodology to best suit the type of rice. It currently supports more than 200 brands of rice, and this will be expanded in the future. Users can also set their personal preferences within the app.

Xiaomi founder and CEO Lei Jun started exploring the ecosystem business model two years ago with a mindset to “promote an upgrade in Chinese manufacturing with a new concept of ‘Made in China’ products”. Rather than simply being a venture company, Xiaomi imparts to these companies its approach to making quality products, sharing its methodologies and existing resources, including supply chain, e-commerce, marketing and branding.

Asus Teases For Zenfone 6 With No-Notch Display; Launch On 16...