Firefox 4.0 is out and many of you had downloaded it and using it, even you may be using Firefox 4.0 to read this post too.

I too downloaded it and using it and after spending sometime on it I found following new features in it :-

Tabs Are Above Address bar :-

Firefox Had moved the tabs above address bar just like we had in Chrome, It looks clean and nice. 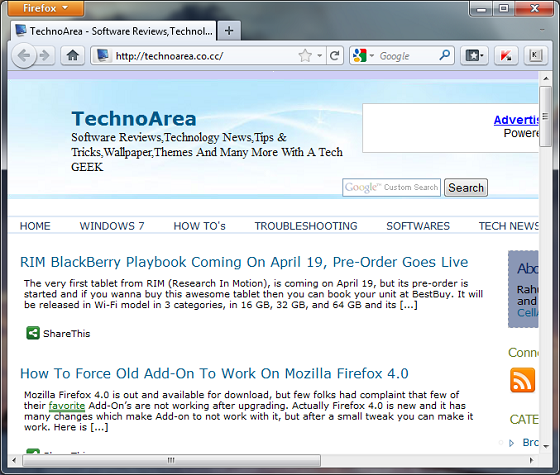 In the earlier version of Firefox when you open Add-On it will opens a new dialog box but now it opens a new tab and now its more easy to use, manage and find new add-on. 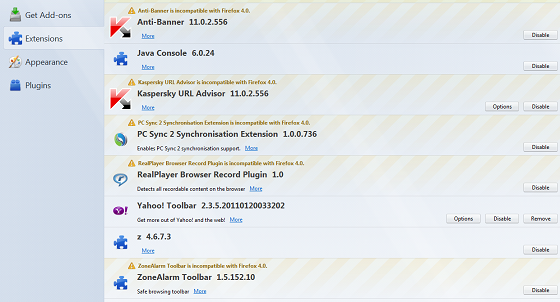 Just like we had in Opera, Firefox had also added Firefox button which contains all your menus, Now you will find all option under one head. 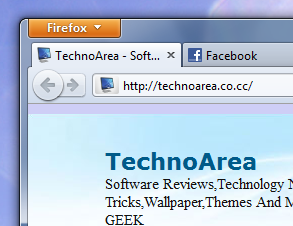 HTNL5 support is improved in this version means better webpage view, and better support for drag and drop function.

Now suppose you are working on multiple tabs and suddenly Adobe Flash plugin crashes, So in this new version it will try that this crash doesn’t affect the other tabs.

In earlier version we had a Bookmark bar but now they had made it a little nice and put a small button just next to Search bar.

Firefox has now Reload/Stop button inside the Address bar, It saves space and looks cool.

Just like in IE9 Hardware Accelerated for better graphics and video, Firefox 4.0 also got this, which means now Firefox will use your Computers power to accelerate video and graphics output.

Firefox 4 is faster than any of its previous version.

Home button is moved to the right side, just next to bookmark button,

Do you visit any webpage frequently, Just pin to App tab, It will create a small tab for the page and it will be permanent on your bar. 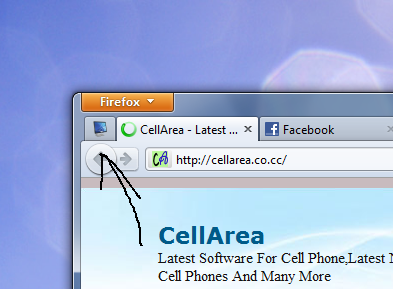 Working on so many tabs ?, Now you can group them using feature called Persona, Like we had seen in Tab Stack in Opera

By this you can group all your tabs and switch to other easily.

If you had closed any tab accidently then you can easily get it back by using Recently Closed Tab, For this Click on Firefox button then History –> Recently Closed tabs.

Switch To tabs from Address Bar :-

If you are working on multiple tabs then you can switch to other from Address bar just type the Title and hit enter.That’s it

Password manager is improved and now its cool and nice, If you login to any page first time then it will ask what to do and then it will do itself.

Just like we had in Chrome, Firefox 4 has also form filling option which lets you to fill all option in a form. This will saves your time and effort.

Firefox 4 has improved and nice AdBlocker option which do not let you disturbed by annoying Ads or pop-ups.