India-based consumer electronics and home appliances major player, Videocon has launched two new smartphone’s in the Indian market. Company has launched Krypton V50DA and V50DC, both are the entry level Android smartphone and company are trying to target emerging segments of the market with these devices. 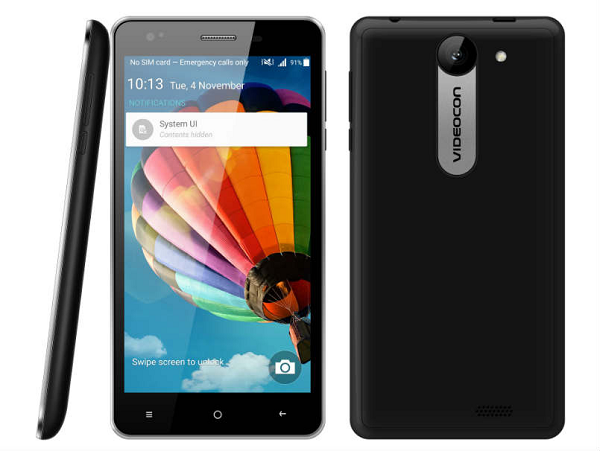 When it comes to specs and features, Krypton V50DA flaunts a 5-inch WVGA IPS display screen, under the hood, it is powered by 1.3 GHz Quad-Core processor along with 1GB of RAM and has 8GB of internal storage which can further expandable via micro SD card.

When it comes to the photographic front, it features a 5-megapixel auto-focus rear camera with LED flash, and there is a 2-megapixel front facing the camera as well which do supports video calling via 3G. It houses 3,000mAh battery, and for software experience, you will get Android 5.0 Lollipop on this device. This device will be available in vibrant colours and it is priced Rs 5,999.

Krypton V50DC has got almost same specs as Krypton v50DA has got, the only changes which this device has got improved 8-megapixel rear camera and 5-megapixel front camera for better selfies.