Yes you read it rightly, Now what should I call it, The power of Open Source Android OS or anything else, RIM’s first tablet BlackBerry Playbook will be able to run your favorite Android Apps.

Playbook will support both Java and Android apps, RIM will also release a SDK for the development C/C++ app on the Blackberry Playbook OS.

Game developers can use cross platform game engines from Ideaworks Labs and Unity Technologies to roll in games over the BlackBerry PlayBook. 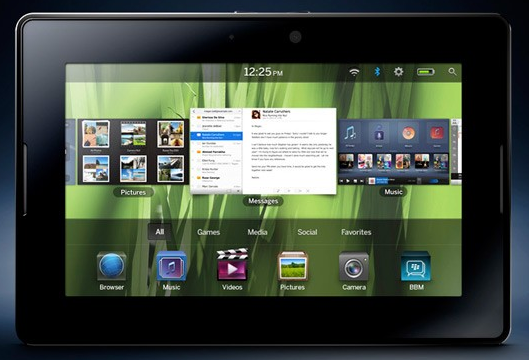 As we had already told you that Playbook is scheduled to launch on April 19, Moreover Developers can run apps on BB OS due to API capability, Developers can develop apps and then submit Java or Android apps to BlackBerry App world and once approved users can download and use it.

The BlackBerry PlayBook is an amazing tablet. The power that we have embedded creates one of the most compelling app experiences available in a mobile computing device today. The upcoming addition of BlackBerry Java and Android apps for the BlackBerry PlayBook on BlackBerry App World will provide our users with an even greater choice of apps and will also showcase the versatility of the platform.