Finally after so much of speculations, finally China based smartphone maker, OnePlus has announced the date of launch of its latest flagship smartphone which will replace replace OnePlus 6 which company has announced last year on 16 May 2018. This year, OnePlus will be launching its flagship smartphone on 14 May 2019, and company will be hosting launch events in three countries, UK, US, and India simultaneously, and as some of the earlier reports has suggest that OnePlus will not only launch just one smartphone but rather this time we will be able to see two smartphones from the company. 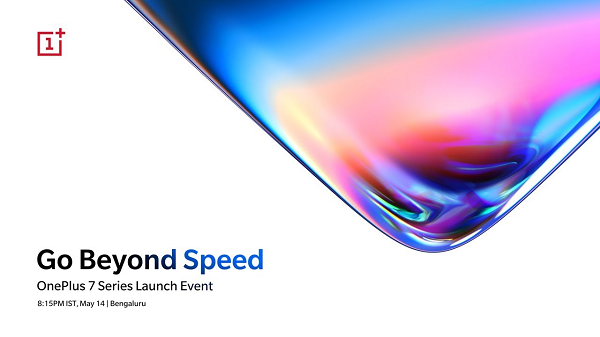 Like always, this time as well, OnePlus flagship smartphone will be powered by latest flagship processor from Qualcomm Snapdragon chipset, the Qualcomm Snapdragon 855, and as per the reports, the higher model will be called OnePlus 7 Pro and it will have a 90Hz QHD+ display.

In earlier news, we had seen company has said that OnePlus 7 Pro (without mentioning the name) will have a high end display and company will spend around three on the display of OnePlus 7 Pro than any previous OnePlus device.

What this mean is, OnePlus 7 Pro will be an expensive device which will go along with the smartphones like Galaxy S10 , Huawei P30 Pro or the iPhone XR.

Not only this, Pro model will have 48MP camera, a faster 30W charger and yes, it will be 5G ready smartphone from the company.

In addition of this, we can see a 8/10GB RAM variant, and a special variant with 12GB of RAM. No further details has been shared by OnePlus.

If you cant make it to the launch event, then also you can watch the unveiling of these smartphone live here.

Do let us know what you think about these upcoming smartphones, with the increase in price, will OnePlus loss its customer base?, let us know in the comment section below.