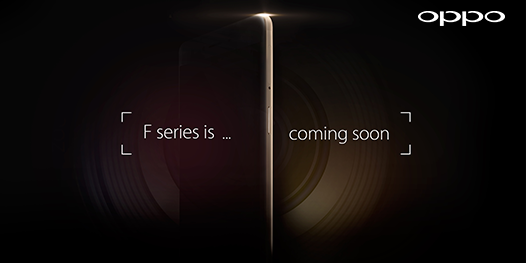 At the ongoing CES 2016, company has also tweeted a photo of a phone with caption of “Attention photography lovers! Something exciting is coming your way. Stay tuned.”

The tweeted photo reveal nothing, its just tells that F series is coming soon, which tells company is going to launch first smartphone under F series.

As far as we know, this Oppo F1 is suppose to have 5 inch IPS display screen with HD screen resolution, like other mid range smartphone’s from Oppo, F1 is supposed to be powered by Snapdragon 615 SoC aling with 3GB of RAM.

And as per software front, it is suppose to run Android Lollipop which will wrapped under company’s own ColorOS.