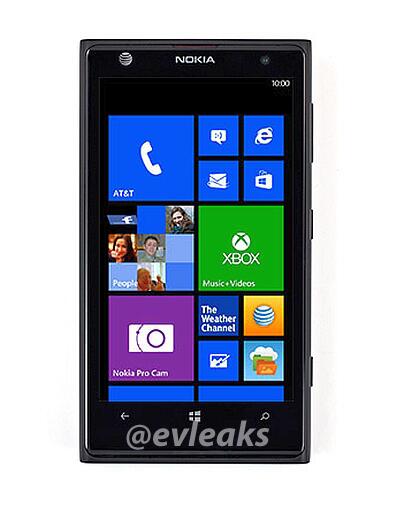 From quite a long time we are hearing about latest Nokia’s lumia phone which will be powered by PureView 41 MP camera. Till now we had only seen back or camera of this phone but now popular leakster @evleaks has posted a press rendered image of this alleged device.

As per image of Nokia EOS aka Lumia 1020 shows AT&T version device which is quite similar to Lumia 920, the one thing which you notice in it is that it has a new app called Nokia Pro Cam, it might be Nokia’s native camera app with some extra features.

Till nowwe know that this device will be powered by Snapdragon S4 Plus processor ticking at 1.5 GHz along with 1GB of RAM and 32GB of internal memory.

Nokia is holding a event on 11 July and we are expecting that Nokia will announce this phone in same event.