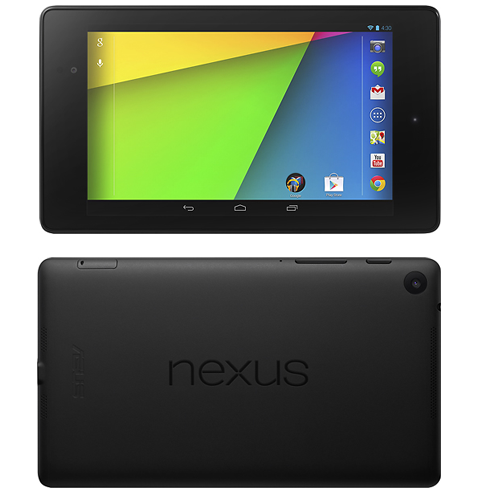 In past week we had seen so many leaks of it Google’s next generation Nexus 7 which Google will announce along with Android 4.3 Jelly Bean in an event which will starts within few hours, but just before its official launch Nexus 7 has got hands on treatment in a video spotted by folks of AndroidPolice.

From video we can see that earlier leaks were right and this tablet will runs on Android 4.3 Jelly Bean out of the box, this tablet is quite thinner as compared with earlier one. This tablet is made by Asus and you can spot 5 megapixel camera at back.

This tablet is up for pre-order on BestBuy, and as per their listing it has got 7 inch IPS screen with 1920 x 1200 screen resolution, it has Adreno 320 GPU, comes with Bluetooth 4.0, it is powered by 1.5 Ghz Qualcomm Snapdragon S4 Pro 8064 quad-core processor along with 2 GB RAM.