As we were expecting, just few minutes ago Motorola has announced its latest version of affordable smartphone, the Motorola Moto E (2015). Earlier we had seen Sprint variant of this device was listed on BestBuy which gave us some sneak peak on the device but now Motorola has finally took the wrap off of the device. Motorola has launched two variant of it, 3G and LTE variant, where 3G variant is priced $119.99 and LTE capable device has been priced it $150. 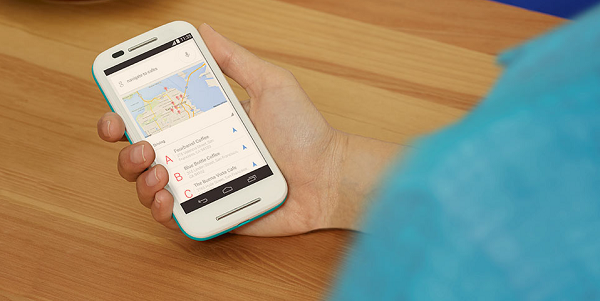 If we talk about the specs then Motorola Moto E (2015) an 4.5-inch IPS LCD display with the same qHD screen resolution (960×540 pixels), screen is protected by Gorilla Glass 3, under the hood it is now powered by a 64-bit capable Snapdragon 410 quad-core processor clocked at 1.2GHz, paired with 1GB of RAM and Adreno 306 GPU, 3G variant is powered by a Snapdragon 200 processor paired with Adreno 302 GPU along with 1GM of RAM. It has got 8GB of internal storage which can be expandable up to 32GB via microSD card.

As per photographic front it has got an 5-megapixel auto focus rear camera and a VGA front-facing camera, it houses a 2,390mAh battery for connectivity it has LTE support, Wi-Fi, Bluetooth, Micro USB, and GPA and as per software front it runs on Android 5.0 Lollipop out-of-the-box.

Motorola has said any word regarding the launch of this device here in India. We will keep our eyes on this device and you too want to get more news then stay tuned with us.