Microsoft is trying its luck on Surface tab second time with Surface 2 tablet. Just few moment ago company has announced its new Surface 2, a Windows RT 8.1-based Surface RT that will launched on October 22 and will be available from $449 for the 16GB variant. 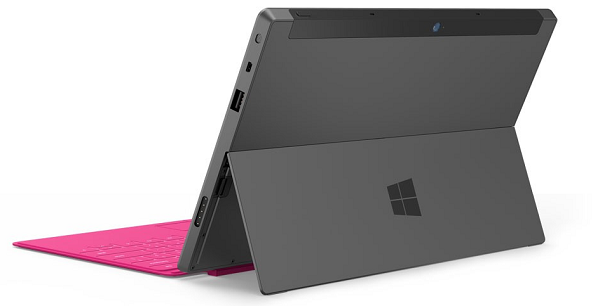 As per specs Surface 2 flaunts a 10.6 inch display screen which will have 1080p full HD screen resolution, it is powered by a Tegra 4 processor, it has a USB 3.0 port and it comes with increased battery life of 25%

Its kickstand has been redesigned which will provide better “lapability” for those who want to stand the devices up in their laps. Microsoft claims this device is three to four times faster than the original Surface RT.

As expected Surface 2 will be shipped with the full Microsoft Office suite which will have Outlook and will come with 20GB of free cloud storage on SkyDrive.

Microsoft also announced its new Touch Cover 2 which has improved soft click-in keyboard that measures in at 2.5 millimeters thick and features a 1,092 integrated sensors, it’s a quite big increment from the 80 integrated sensors featured in the original Touch Cover. The new keyboard has a predictive typing feature which will automatically corrects common errors made by you. It also has gesture support.

Microsoft will start its pre-order from Tuesday at 8AM ET for both the Surface 2 and the Surface Pro 2.