Today India-based smartphone company, Micromax has launched a new budget smartphone under its canvas series, the Micromax Canvas Fire 5 and company has launched this smartphone music lovers as it features two front firing speakers with Auro 3D sound enhancement, and to enhance your music experience, company is also providing six months of free Gaana Plus subscription free. Micromax Canvas Fire 5 is launched at the price tag of Rs. 6,199 and will be and will be available via offline retail stores. 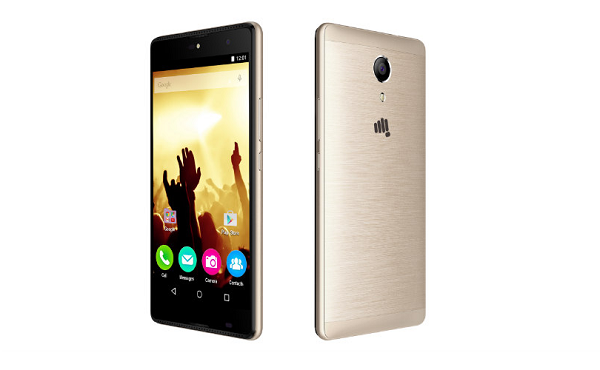 This device will be available in Champagne gold, silver and grey color options and in terms of design it features a metal frame along with brushed back panel which do looks nice. Another impressive thing is gravity calling feature in which you can answer calls from any direction, as it has dual front facing speakers, when you answer call up side down, the other speaker will act as your earpiece.

Coming to sepcs, the Micromax Canvas Fire 5 features a 5.5-inch HD (720p) IPS display screen, under the hood, it is powered by a MediaTek’s 1.3GHz quad-core processor along with 1GB of RAM and 16GB of internal storage which can be expandable via microSD card.

When it comes to the camera front, it features a 8-megapixel rear snapper with LED flash and there is a 5-megapixel selfie camera as well, it houses a 2,500mAh battery, for connectivity, it supports Wi-Fi 802.11n, Bluetooth, 3G and dual SIM card slots and for the software front, it runs on Android 6.0 Marshmallow OS out of the box.