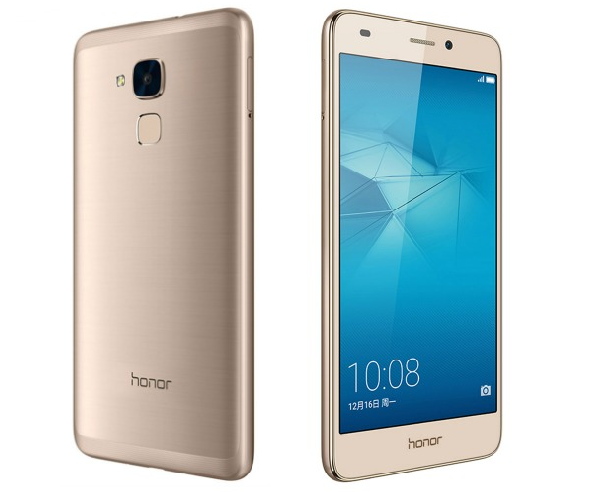 Here company has improved design a lot as compared with predecessor, now it comes brushed metal body which is made of aircraft-grade aluminum alloy. Company has also added a fingerprint scanner on this device and company claims its fast enough to unlock device in just 0.5 seconds as it features Fingerprint Identification 2.0.

When it comes to specs, Huawei Honor 5C flaunts a 5.2-inch full HD (1920×1080 pixels) IPS LCD display with a pixel density of 423ppi, under the hood, it is powered by Huawei’s own Kirin 650 octa-core chipset along with Mali T830 GPU and 2GB of RAM it also comes with 16GB of internal storage which can be further expandable up to 128GB via a microSD card.

When it comes to the photography front, the Huawei Honor 5C features a 13-megapixel rear snapper with f/2.0 aperture, HDR, LED flash, and SmartImage 3.0 image processor, at front there is an 8-megapixel selfie camera with f/2.0 aperture, 77 degrees wide-angle lens, and has 10 different beauty modes for selfie lovers.

For connectivity, it supports FM Radio, dual-SIM card slots (hybrid setup), 4G LTE with VoLTE support, Wi-Fi b/g/n, Bluetooth 4.1 and GPS, GLONASS. It houses a 3,000mAh battery to which Honor says is good enough to last more than a day on heavy usage and when it comes to software front, it runs on Android Marshmallow 6.0 wrapped under EMUI 4.1.