As we had already reported that Micromax could launch another phablet under its Canvas sub-brand, now we had got complete specs if this alleged device. This device might be launched as Canvas Doodle 2. 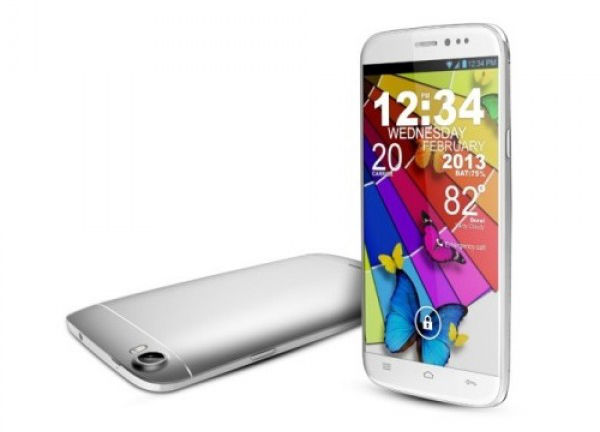 As per specs this phone will have 5.7 inch of screen which will have almost edge to edge display. It will feature 720p screen resolution which means 258ppi, which is quite acceptable at this price range.

This phone will powered by Quad-Core A7 MediaTek MT6589 chipset which clocked at 1.2 GHz along with 1GB of RAM. It will have 16 GB of internal memory which can increased up to 32 GB with microSD  card. At back it will have 13 MP camera and 5 MP at front.

Canvas Doodle 2 will run on Android 4.2 Jelly Bean and most probably will get Android 4.3 update. It will be wrapped with Micromax own touch UI which we had seen in Canvas 4 and include its features vertical panorama mode, the new video player and could even include blow-to-unlock mode. It houses 2600 mAh battery, most probably it will be a non-removable.

Phone will have curves like we had seen in HTC One. Upper plastic part will be slide to open so that you can insert two Mini SIM card.

As per specs this phone will take on Samsung Galaxy Mega 5.8, Canvas Doodle 2 almost beats Galaxy Mega in all sections, Mega has dual core processor, qHD display, it has 8 MP camera at back and 1.9 MP at front.