Couple of weeks ago India based company Micromax has announced a smartphone, the Unite 3 which allows users to translate text into other language easily, all you need to do is type and swipe to translate, this features was accepted by many of the users and now company has decided to introduce this feature to other devices as well. Company has announced an affordable smartphone, the Bolt D303 which is available at the price tag of Rs. 3,499 and it do comes with same swipe to translate or transliterates feature. 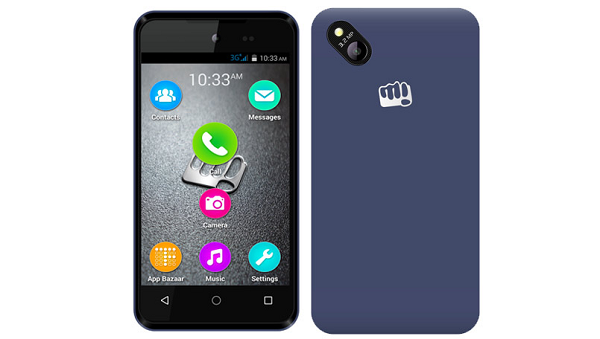 This smartphone comes with a keyboard which uses popular Swipe technology and it lets you to translate text from English to 10 Indian languages like Hindi, Gujarati, Punjabi, Malayalam, Tamil, Telugu, Kannada, Oriya, Bengali and Marathi, and vice versa.

If we talk about specs then, Micromax Bolt D303 flaunts an 4-inch WVGA display screen with screen resolution of 800×480 pixels, under the hood it is powered by a dual-core processor clocked at 1.3GHz along with 512MB of RAM, it also includes 4GB internal storage which can be further expandable up to 32GB via a microSD card.

In terms of photography Bolt D303 features an 3.2-megapixel auto focus rear camera with LED flash and there is also a VGA camera up front, it houses an 1,300mAh battery to which company claims can survive for up to 4.5 hours of talktime and up to 245 hours on standby mode.