As expected, today LG has announced a new series of smartphone’s in India, the K series and under this series company has launched two, the K7 and K10 and not only this, LG has said K series will provide nice design smartphone’s at an affordable price, company has also announced that they will be manufacturing these smartphone’s in India under Make In India initiative. The price of  K7 and K10 starts from Rs 9,500, and Rs 13,500 respectively, and will be available very soon. 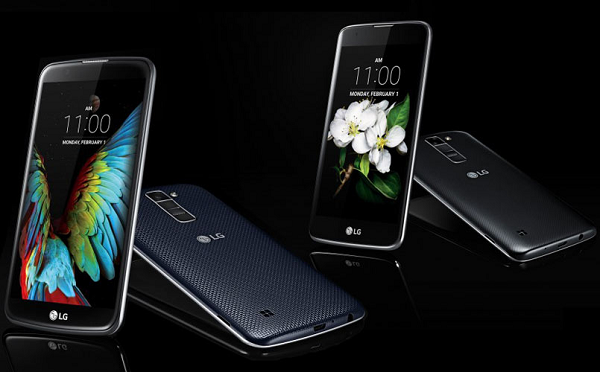 As told earlier, LG is more and more focusing on design with K series, and K7 and K10 come with glossy pebble design with which company is trying to target the young audience. Like most of the LG smartphone’s, you will find volume rockers and power and sleep buttons at the back of these device, both devices comes with 2.5D curved glass at the front which again will provide better touch experience to the users.

The back cover features an intricate woven pattern for optimal grip which will be free from scratches, at the sides you will find metal rims which looks nice on the device, and to make your calling more pleasant, both devices supports VoLTE and VoWiFi.

When it comes to specs LG K7 flaunts a 5-inch FWVGA (854×480 pixels) display, under the hood, it is powered by Snapdragon 210 quad-core processor clocked at 1.1GHz along with 1.5GB of RAM. If we take a look at the competition then there are many smartphones with better display and specs like Lenovo K5 Plus, Samsung Galaxy On5, Asus ZenFone 2 Laser and Xiaomi Redmi 2 Prime, it comes with 8GB of internal storage which can be further expandable using a microSD card.

When it comes to the photographic, LG K7 features a 5-megapixel rear camera with LED flash and a 5-megapixel selfie camera with screen flash option, it houses a 2,125mAh battery, for connectivity, it supports dual-SIM card slots, 4G LTE support, VoLTE, VoWiFi, Wi-Fi, Bluetooth and Micro USB, and for software front, it runs on Android 5.1.1 Lollipop.

When it comes to LG K10, it flaunts a 5.3-inch HD (1280×720 pixels) display, under the hood, it is powered by a Snapdragon 410 quad-core processor clocked at 1.2GHz along with 2GB of RAM and comes with 16GB of internal storage which can be further expandeable via a microSD card.

When it comes to photographic front, LG K10 also features a 13-megapixel auto focus rear camera along with LED flash and there is a 5-megapixel selfie camera upfront as well, it houses a 2,300mAh battery and for connectivity, it supports dual-SIM card slots, 4G LTE support, VoLTE, VoWiFi, Wi-Fi, Bluetooth, GPS and Micro USB, and at software front, it runs on Android 5.1.1 Lollipop.

LG is mainly focusing on design with these two smartphones which surely make it stand out in crowd but when we take a look over the specs then LG is surely behind some of the devices like LG K10 will compete with Xiaomi Redmi Note 3, LeEco Le 1s and the Lenovo K4 Note, all of these devices comes with better specs while LH k7 will comepete with Samsung Galaxy On5, Asus ZenFone 2 Laser and Xiaomi Redmi 2 Prime.