Last week LG has teased for the launch of a new smartphone which will have metal body on its twitter account, and now today company has announced a new smartphone named, the LG Class, earlier it was suppose to be an phablet but today company has announced that it will have 5inch screen and it will be an mid range smartphone which will be available at the price tag of $340 or you can say at Rs 23,000 (approximately). 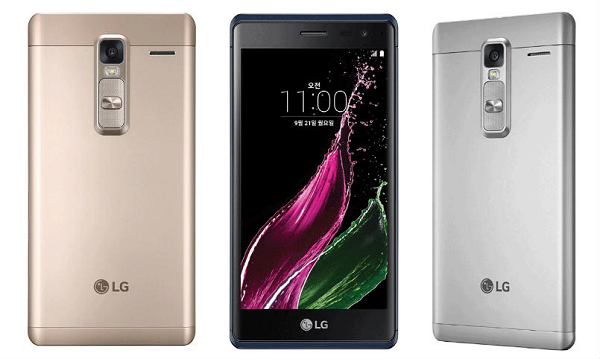 The main USP of this device is its full metal body which makes its looks like an high end premium device, it is just 7.4mm thick, and weighs 147 gram, when you look into its specs and design it will remind us of Samsung’s Galaxy A series devices, Just like its flagship device, LG Class will have power/sleep and volume buttons mounted on the back, just below the camera module.

When it comes to specs then LG Class flaunts an 5-inch HD (1280×720 pixels) display screen which has a pixel density of 294ppi, under the hood it is powered by an Qualcomm’s Snapdragon 410 quad-core processor clocked at 1.2GHz along with 2GB of RAM and also has 16GB of onboard storage which can be expandable via a microSD card, dont you think LG is selling Snapdragon 410 device at much higher rate, you can get devices powered by same processor at below Rs 10K.

When it comes to photography, LG Class features an 13-megapixel auto focus rear snapper with LED flash and there is an 8-megapixel selfie camera at the front, for connectivity it supports 4G LTE, Wi-Fi 802.11n, Bluetooth 4.1, NFC, Micro USB and GPS, it houses an 2,050mAh non-removable battery, and when it comes to software front, it runs on Android 5.1 Lollipop.