Last year Lenovo has introduced two battery packed smartphone’s, the Lenovo Vibe P1m And Vibe P1 which directly take on Gionee’s Marathon series. Since then we are getting news and rumors about the launch of more smartphone’s with larger batteries from Lenovo. Earlier some rumors have suggested that company is working on a Mini and an upgrade version of Vibe P1, even recently Vibe P1 Mini with a metal body is spotted on China TENAA website which reveals some of its specs. 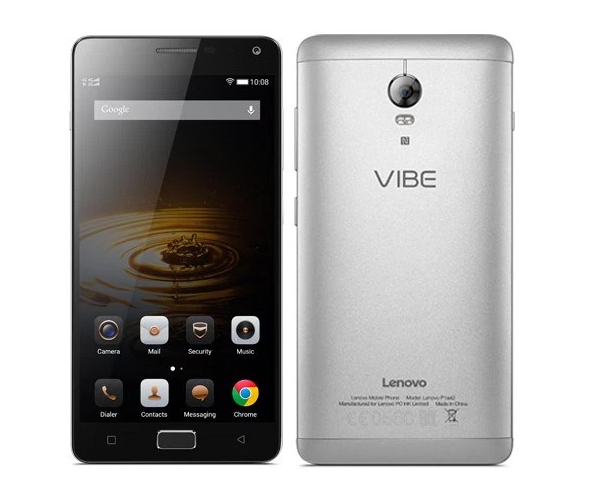 The talking point of this smartphone is its 5,000mAh non-removable battery, the company claims it can deliver up to 49 hours of talk time and lasts up to 30 days on standby mode, this device can be used to charge your other devices as it supports reverse charging via OTG, company also said that it has 24W Turbo Charing, which can give three hours of talk time with just five minutes of charging, just like Vibe P1, this device also has a dedicated hardware button for enabling power saving mode.

Now all of a sudden company has launched the successor of Vibe P1, the Lenovo Vibe P1 Turbo which comes with some upgrades and additional features like a physical home button which also houses a fingerprint scanner which was missing in Vibe P1.

Company has adopted entirely new design language for this smartphone, however most of the under the hood features remain the same, like it flaunts a 5.5-inch Full HD (1920 x 1080 pixels) IPS display which is protected by Gorilla Glass 3 protection, under the hood it is powered by 64-bit Snapdragon 615 octa-core processor clocked at 1.5GHz along with Adreno 405 GPU and 3GB of RAM, it has also got 32GB of internal storage which can be further expandable up to 128GB.

When it comes to the photographic front, Lenovo Vibe P1 Turbo features a 13MP sensor along with dual tone LED flash and Phase Detect Auto Focus (PDAF), at the front you will find a 5MP selfie camera. For connectivity, it supports, 4G LTE along with Wi-Fi 802.11 b/g/n, NFC, Bluetooth, GPS, and MicroUSB 2.0 port. And when it comes to software scenario it runs on Android 5.1 Lollipop wrapped under company’s Vibe UI, company has also said it will get Android Marshmallow update very soon.

Lenovo has launched this device in the colors – Silver, Gold, and Graphite Grey at the price of $297 which is around Rs. 20,200. at this time, this smartphone is only available in Indonesia and when the company is going to launch in another region is not known at this time.