As expected, Lenovo today announced its latest affordable LTE device, the Lenovo A7000 which company has announced last month in Mobile World Congress 2015, and today company announced in India at the price tag of Rs. 8,999 and it will be exclusively available on Flipkart, the registration for the smartphone has already begins begins and the first flash sale will be conducted on April 15 on Flipkart. 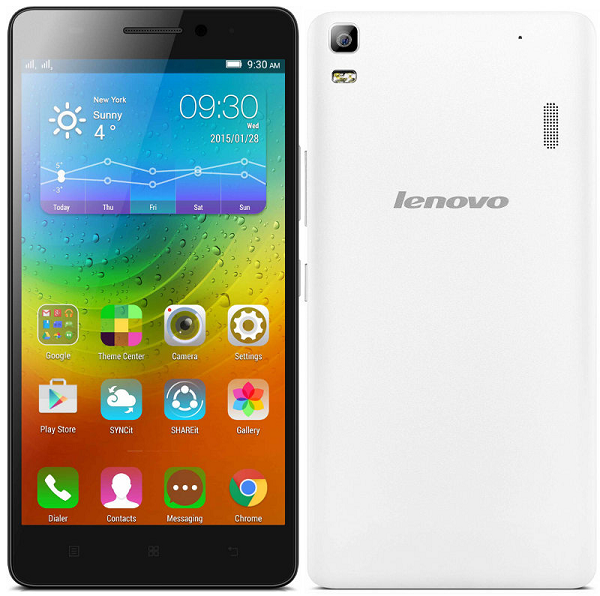 Lenovo A7000 is the successor of Lenovo A6000 which company has announced earlier this year and it turned to be a good success for the company and within just two months company was able to sell 300,000 units of its. Juts like Lenovo A6000, the A7000 is also an entry level which comes with the support of LTE.

Apart from LTE, another talking point of Lenovo A7000 is its support for Dolby Atmos sound technology which gives you a richer experience if you use headphone to listen musics, Lenovo has said that A7000 is “built for entertainment on a budget.”

If we talk about rest of the specs then Lenovo A7000 sports a 5.5-inch HD IPS display screen with screen resolution of 1280×720 pixels, under the hood it is powered by a MediaTek MT6752m octa-core processor clocked at 1.5GHz along with 2GB of RAM, it also includes 8GB of internal storage which can be further expandable up to 32GB via a microSD card.

As per photographic front it has got an 8-megapixel rear camera with LED flash and a 5-megapixel front-facing camera, it houses an 2,900mAh battery which delivers up to 16 hours of talktime and up to 264 hours on standby mode, and for connectivity it has got dual-SIM card slots (LTE+2G), 4G LTE / 3G HSPA+, Wi-Fi 802.11 b/g/n, Bluetooth 4.0, USB OTG and GPS, and as per software front, the smartphone runs on Android Lollipop out-of-the-box.

At this price tag and specs it will compete with other LTE enabled devices like Xiaomi Redmi Note 4G, Yu Yureka and the Honor 4X.