In recent time we have seen that Karbonn Mobile is playing very aggressively, we have seen company launching couple of devices in short span of time, and today Karbonn Mobile has launched a new smartphone, the Karbonn Aura 9 in India, this phone will be available at Rs. 6,390, and this phone comes with a massive battery of 4000mAh, which is its main USP also. 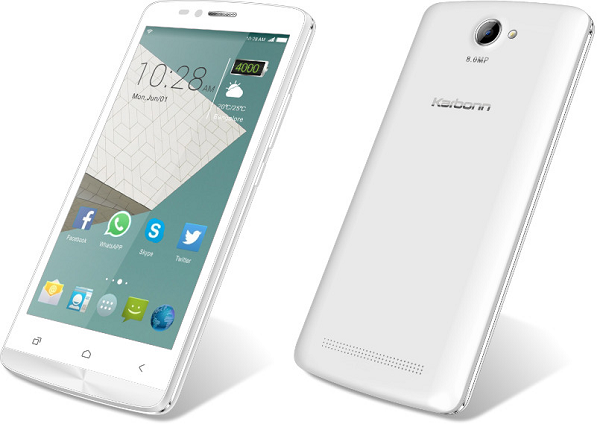 Company claims this massive battery can last for full day on heavy usage, it is good enough to offer up to 10 hours of talk time and up to 300 hours of standby time.

When it comes to rest of the specs, Karbonn Aura 9 flaunts an 5-inch HD (1280×720 pixels) IPS-LCD display, under the hood it is powered by a quad-core processor clocked at 1.2GHz along with 1GB of RAM and it also comes with 8GB of internal storage which can be further expandable up to 32GB via microSD card.

When it comes to photography front, it features an 8-megapixel auto focus rear camera with LED flash and there is an 5-megapixel front camera, when it comes to connectivity it supports dual-SIM card slots, 3G support, Wi-Fi and Bluetooth 4.0.

If we talk about software then Karbonn Aura 9 runs on Android 4.4 KitKat OS and also includes some Smart Gesture Control options which lets you quick access to applications right from your lock screen, Karbonn Auro 9 also comes with support for 21 regional languages.