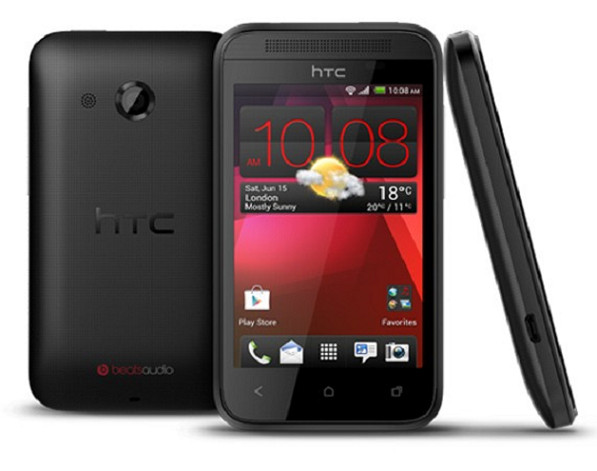 After so much of rumors and leaks of HTC Desire 200 today HTC has officially announced Desire 200 by putting it on their website.

Its an entry level Android phone which comes with 3.5 inch touch screen with screen resolution of 320 x 480 pixels, it is powered by 1 GHz Qualcomm Snapdragon S1 processor along with 512 MB of RAM. It runs on outdated Android ICS and on top of it you will find HTC Sense UI.

At back it has 5 MP camera and a VGA camera at front, it has 4 GB of internal memory with microSD card option. It houses 1,230 mAh battery.

It comes with Beat Audio, for connectivity it has 3G, WiFi, Micro USB, Bluetooth 4.0 and AGPS, HTC hasnt announced its pricing yet.