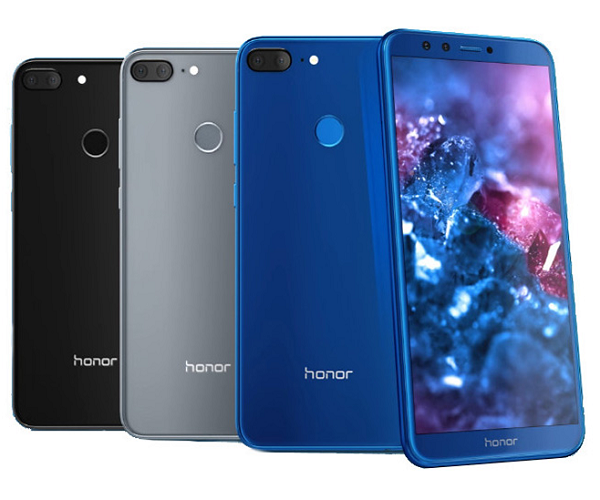 In terms of look, it has the metal body which is sandwiched between two 2.5D curved glass on both sides, in front and at back as well, and this gives a premium look to the device, but front and back are fingerprints magnet.

When it comes to specs, at the front of Honor 9 Lite, you will find a 5.65-inch IPS display with 18:9 aspect ratio, which seems a new trend nowadays, under the hood, it is powered by Kirin 659 Octa-core processor, which is a 16-nanometer processor, and it comes with 32GB of onboard storage which can be further expandable up to 256 GB via Micro SD card.

When it comes to the photographic front, as told earlier, it has the quad-camera, on both sides, it has the primary 13MP camera which is supplemented by a 2MP camera which allows you to capture the depth of information. Rear camera supports Phase-Detection AutoFocus (PDAF) and advanced wide aperture mode

As front is mostly taken by the display, there is no room for the fingerprint scanner, that’s why it is the back of the device which very easily accessible, and it can unlock the device in just 0.25 seconds.

When it comes to the connectivity, you have support for dual-SIM (Hybrid) slot to expand storage, 4G/LTE, VoLTE, WiFi, Bluetooth, GPS and Micro USB. Honor 9 Lite houses a 3,000mAh battery and company claims it can deliver 86 hours offline music listening or 13 hours offline video watching.

When it comes to software front, Honor 9 Lite runs on Android 8.0 Oreo which is wrapped under companies own topped latest EMUI 8.0.