Today along with the launch entry level Honor 4X, company has also launched its Honor 6 Plus in India at the price tag of Rs. 26,499, this smartphone will also be exclusively available on Flipkart only in April, but company hasnt provided any specific dates as of now, and this device might also be available under Flash sale model which quite popular among new companies nowadays. Honor 6 Plus comes with a bulletproof back panel which is made up of complex fibres used while making military helmets. 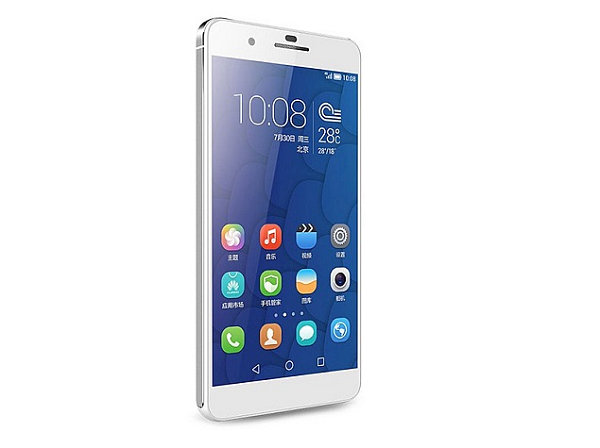 If we talk about specs then the Honor 6 Plus flaunts an 5.5-inch full HD display screen with screen resolution of 1080×1920 pixel resolution and has pixel density of 401ppi, screen is protected by corning gorilla glass 3, under the hood it is powered by a HiSilicon Kirin 925 octa-core (quad-core Cortex-A15+quad-core Cortex-A7) processor paired with Mali-T628 GPU, and 3GB of RAM, it also features 16GB internal storage, which can be expanded using a microSD card,

As per photographic front Honor 6 Plus features bionic parallel dual-lens camera at the rear, two 8-megapixel rear sensors (just like we have seen in HTC One) to which company is calling symmetrical dual camera technology”, there is also a dual-LED flash, company said that with this technology camera lens will capture twice as much light and gives clear images even in low lights, and it also features patented Vision Camera technology that further improves low-light imaging and is capable of capturing things which are not visible to the human eye, at front it comes with an 8-megapixel front-facing camera with Sony BSI technology