From quite a long time there were rumors that Google could launch its Chromecast here in India and today giving all rumors a stop, Google has announced that as its GOSF will kick off tomorrow so Chromecast will be available from tomorrow and it will be exclusively available on Snapdeal only at the price tag of Rs. 2,999/-, however you can get Chromecast at much lower rate on eBay.In. 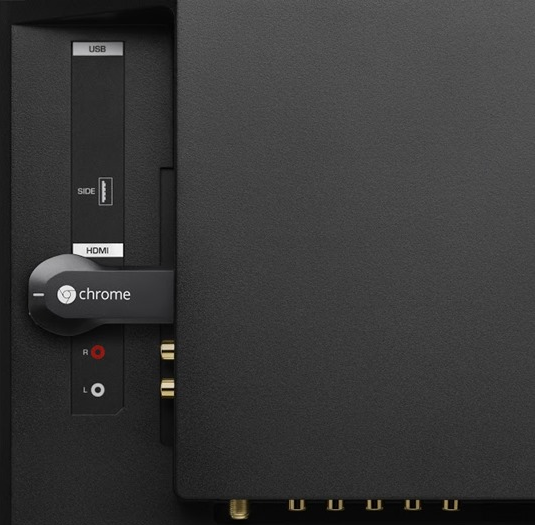 Must Read :- Use FlashCast To Root Your ChromeCast

If you dont know about Chromecast than basically its a streaming device which plugs into your TVs HDMI port, at first look it seems very much similar to of a USB drive. It uses your WiFi to stream contents. Google has partnered with Eros and AirTel for contents.

Must Read :- [Hands On] Chromecast Review

This device was launched back in July last year initially this device was meant for US only but soon company has decided to launch it in other countries as well,  launch in India is bit late per the news which we had got from Google itself.

Must Read :- How To Play Local Media Files On ChromeCast

Chromecast is a simple to use device, you just need a HDMI port on your TV, a USB port to provide power to it or in case you dont have any USB port then you can use external power source also, once you setup Chromecast on your TV just download app on your smartphone or on your laptop Chrome and start sync contents. And the best part is that you can continue to do your work on your smartphone and let content run in background.