Asus has got a big success when they had announced ZenFone 5 which is still one of the top-selling smartphones in its price range, and then company has tried a lot to do something which never been done by any company, there integrated laser auto-focus to budget smartphone, yes some company has done this before Asus but they focused more and highlighted it. 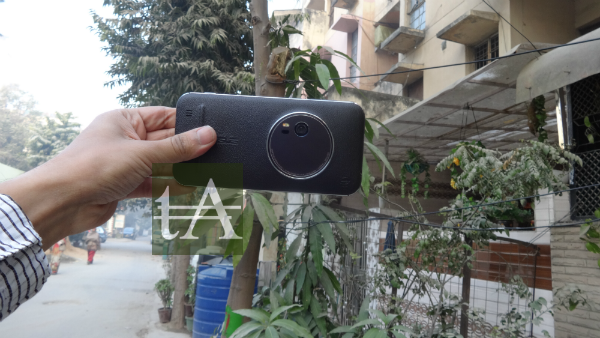 Last year also they announced word’s first smartphone which comes with 4Gigs of RAM, after Asus many companies like Samsung, Xiaomi, and OnePlus did this, and now this year again Asus has done something which is done for the first time in the smartphones era.

Company has launched a new smartphone, the Asus ZenFone Zoom, and as its name says, the USP of this smartphone is its Zoom quality, it’s the first time when any smartphone is having an optical zoom feature in it, earlier we had seen digital zoom in our smartphone’s, but this, time ZenFone Zoom is having Optical Zoom feature which means you will be able to zoom like we use to do in DSLR camera’s.

When it comes to build and design language then it stands very out from its siblings, it has got new design and looks which not only looks great but also makes this phone sturdy. It has got a metal frame which looks more premium and makes the phone more sturdy. 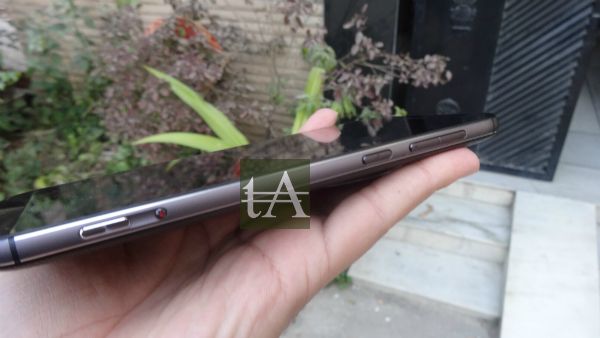 When it comes to connectivity and ports then on the right side it has volume rockers along with power/sleep button, a dedicated camera, and video recording button, all are the metallic button which provides good tactile feedback over the usage. 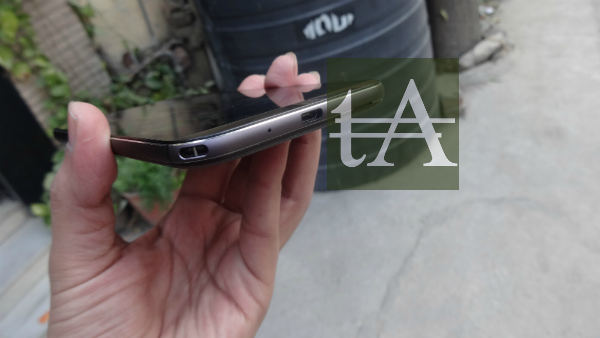 At bottom, you will find a Micro USB along with primary mic and lanyard port, there is nothing on the left side, it is very clean. 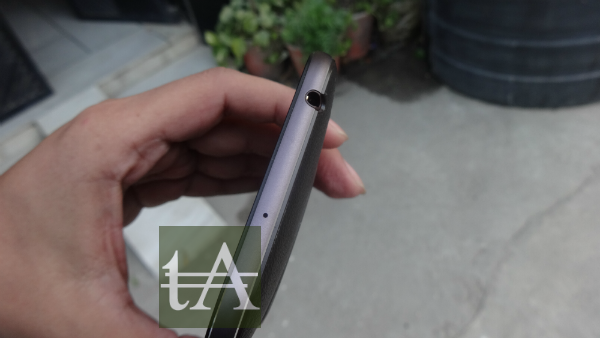 At the top, you will find a 3.5mm audio jack for your headphone along with the secondary mic for noise cancelation.

Camera module at the rear occupies most of the space, rear panel is removable and it’s made up of soft leather which is stretched over plastic. Once you remove back panel you will get access to Single SIM slot along with Micro SD card slot.

While holding this phone in hand, we found our fingers brushing against the rear camera more than we were expecting, all due to big camera module at the rear. 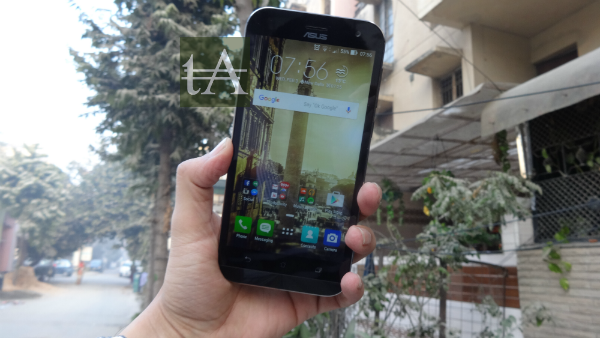 At the front, you will find a 5.5 inch full HD display screen which looks very sharp, there is a big bezel at the top and there is Asus signature metallic chin at the bottom which makes this device bigger than other 5.5inch devices. 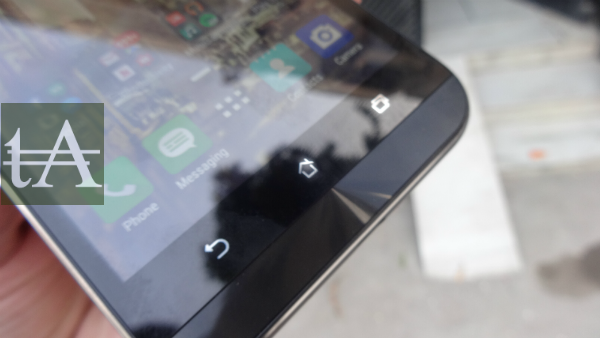 At the top of display you will find 5MP front facing camera along with nice earpiece and some sensors, and at the bottom of the display, you will find three capacitive buttons which do not support backlit.

When it comes to under the hood features then Asus Zenfone Zoom is powered by Intel Atom Z3590 quad-core processor which is clocked at 2.5GHz along with 4GB of RAM, this combination can provide a good set of multi-tasking and we were able to play HD games on this device without any hick-ups. 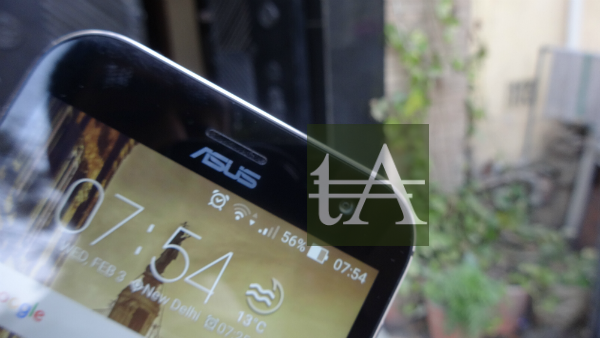 Asus ZenFone Zoom has got 128GB of internal storage which is more than enough for most of us, but in the case you want to expand it further then you can insert Micro SD card of up to 128GB. For connectivity, it has got 4G/LTE, Bluetooth, GPS, NFC, and Micro USB.

Asus Zenfone Zoom features a 5.5 inch full HD display screen which is protected by Corning Gorilla Glass, it provides very rich colors and has very nice viewing angles. The display on Asus ZenFone Zoom is very responsive and colors look very accurate while viewing it from different angles. The display is very reflective and sometimes it’s hard to see its under direct sunlight.

Just like any other smartphone from Asus, this Asus ZenoFone Zoom runs on Android 5.0 which wrapped under ZenUI, and the company has added tons of features. With this ZenUI also supports some gesture controls like you can draw ‘C’ on the lock screen to launch your rear camera, or you can also draw ‘e’ to launch eMail. 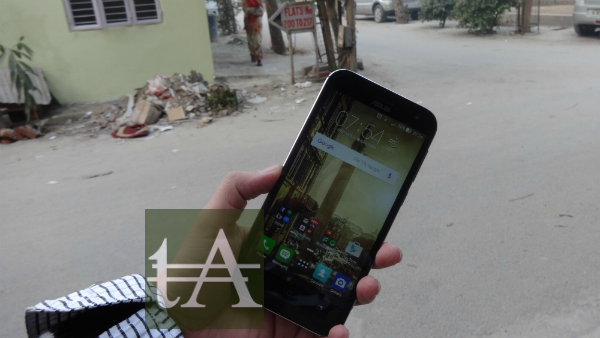 Like other Zenfone’s, this Zenfone Zoom also comes with lots of bloatware, out of some can be uninstalled but many of them can’t be removed from the system.

The Asus Zenfone Zoom comes with a 13MP rear snapper and a 5MP front facing camera, as the name says, this device is the first smartphone to support 3X optical zoom. The company has used 10-element Hoya lens on this smartphone which uses a dual prism periscope design to capture more light, the lens is arranged in the sideways direction. 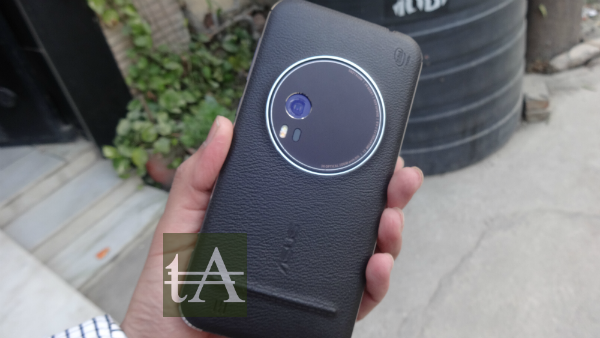 The camera is one of the USP of this smartphone, however, it’s not going to replace our DSLR what company is claiming but yes it does bridge the gap between a good smartphone camera and the ordinary smartphone camera. Images taken with this smartphone has got the good amount of details, has nice colors in place and images do look very natural as well.

But when you move to low light, the camera starts to struggle, it takes a time to focus and images taken in low light also misses the details and were noisy as well.

If you love to try different things on camera then there are lots of modes for you with which you can play like HDR, Low Light, Super Resolution and much more.

Check out some images which we had captured using this camera:- 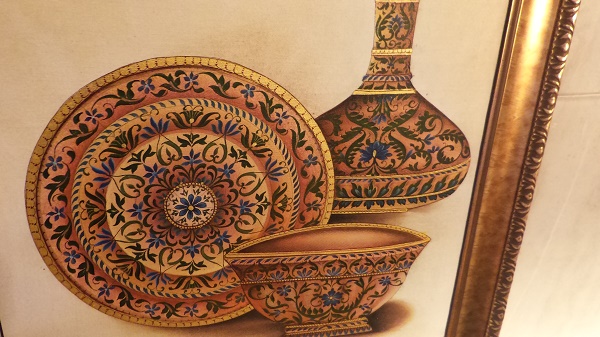 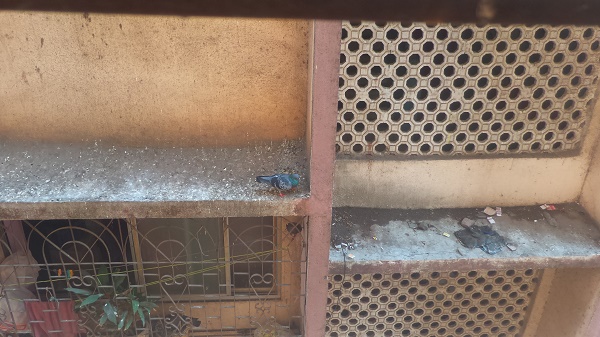 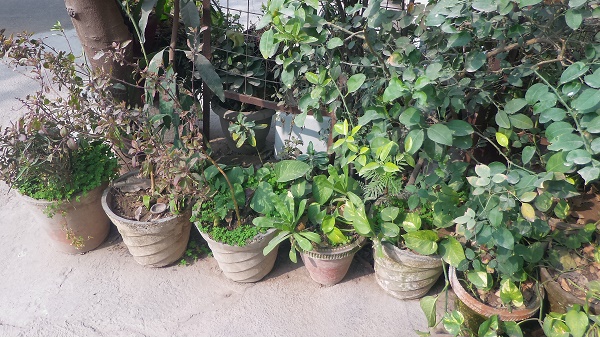 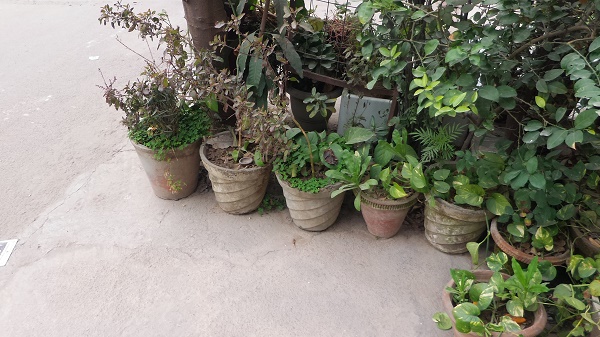 Asus Zenfone Zoom houses a 3000mAh battery which supports fast charging and in our test we found it reaches zero to 75 percent in just 45 minutes, and it can easily last a day with moderate usage.

No doubt, this phone is a powerhouse and it can run any task you throw on it, we did heavy multi-tasking, played some HD games like Nova 3, Mortal Kombat X, NFS Most Wanted and some more, all went very smoothly without any issue.

At last we can say, Asus Zenfone Zoom is a very sturdy and solid smartphone which comes with nice set of features and specs, the camera is no doubt its USP and it do perform well in daylight. but again we would say its prices much higher than what we were expecting from Asus.

How To Redirect Old WordPress Domain To New One