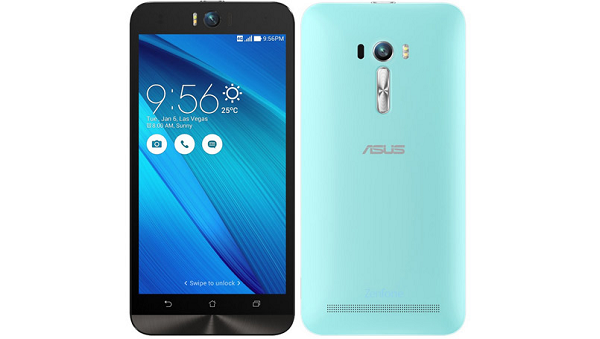 When it comes to the specs then, Asus Zenfone Selfie (ZD551KL) flaunts an 5.5-inch Full HD (1920 x 1080 pixels) display with 72% screen to body ratio, screen is protected by Corning gorilla glass 4 protection, under the hood it is powered by Octa-Core Snapdragon 615 processor along with Adreno 405 GPU and 2GB/3GB LPDDR3 RAM, it also includes 16GB/32GB internal storage which can be expandable memory up to 64 GB with microSD.

When it comes to photography front, as said earlier it comes with 13MP auto focus rear and front facing camera with dual tone LED flash, rear has f/2.0 aperture, and Laser Auto Focus, and front one has f/2.2 aperture, 88-degree wide-angle lens, when it comes to connectivity it has got Dual SIM, 4G LTE / 3G HSPA+, WiFi 802.11 a/b/g/n, Bluetooth 4.0, GPS and houses an 3000 mAh battery.

The Asus Zenfone Selfie will be available in Pure White, Aqua Blue and Chick Pink colors and its price starts from Rs. 15999. Recently we had review this smartphone, do check our review below :-

LG To Launch Optimus G Pro By Mid Of June In...