Today the Taiwan-based company, Asus has announced the 2nd Gen version of its seven months old smartphone, the Asus ZenFone Go 4.5 2nd Gen (ZB452KG) which is the successor of last year launched Zenfone Go. Again with this smartphone, company is trying to target to target entry level segment users, company has launched two variants of this smartphone which are priced Rs. 5,299 and 5,699 respectively and they will go on sale via Flipkart, Snapdeal, Amazon, PayTM, Shopclues and offline stores as well. 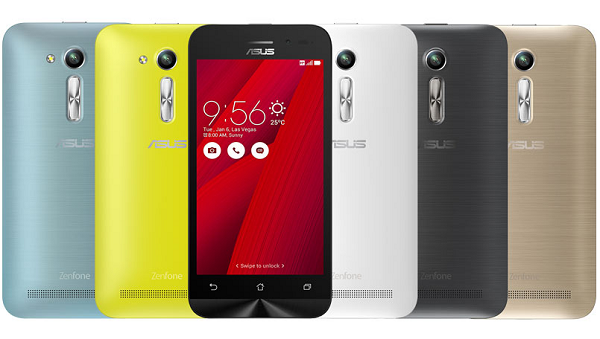 Like always, this time, as well Asus is continuing with its confusing naming scheme as both variants are names Asus Zenfone Go 4.5 2nd Gen (ZB452KG), the only difference among both devices is their camera, one variant comes with 5-megapixel rear and VGA cameras front camera which is priced Rs. 5,299 whereas the variant features 8-megapixel and 2-megapixel cameras is prices Rs.5,699.

Rest of the specs are same like 4.5-inch FWVGA (854×480 pixels) display with 380nits brightness, under the hood they are powered by a Qualcomm Snapdragon quad-core processor clocked at 1.2GHz along with 1GB of RAM and also include 8GB internal storage which can be further expandable up to 64GB using a microSD card.

Both devices houses a 2,070mAh removable battery, and for connectivity they support dual-SIM card, 3G support, Wi-Fi 802.11b/g/n, Wi-Fi Direct, Bluetooth 4.0, Micro USB and GPS and when it comes to software front, it runs on Android Lollipop 5.1 wrapped under ZenUI.

At this price point, the new Zenfone Go 4.5 compete with some other devices available in market which do offers high specs like Micromax Canvas Xpress 4G (First Impression), Infocus M350 (Full Review), and the Xiaomi Redmi 2 Prime.